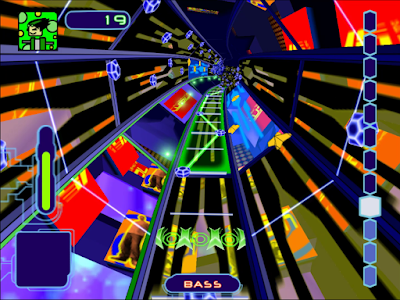 Rhythm. Not my forté. Rhythm video games. Not really concerned with them. We've already seen a couple, including the wackier side of music, from PaRappa the Rapper and Vib-Ribbon, and they weren't titles that I stuck around with for too long.

Enter Frequency, which I may or may not have played on a PS2 demo disc long, long ago. It was something very much like it, perhaps Amplitude. Is Amplitude on the 1001 list? Oh blummin heck, it is. Right. One at a time. 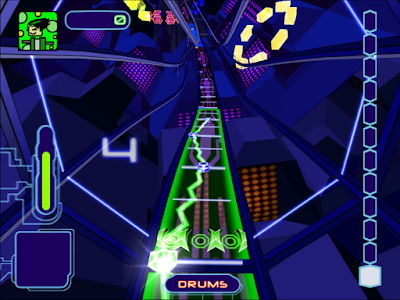 Frequency sends players down an electronica-styled tube, catching notes to form drum loops and bass beats. The better your rhythm, the more complete the audio you hear, the more points you get, the better the screen looks. All of this you've probably worked out from the fact that it's a rhythm video game. 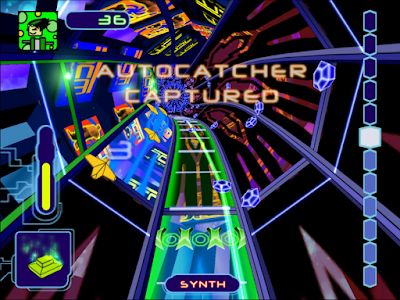 Do well, and you might unlock some bonus abilities that let you auto-complete sections of the song or increase your score by multiplying the points you earn. Do poorly, and everything sounds garbage, and you might not end up making it through the song at all. It's a game, alright, about building up music tracks one layer at a time, in an order of your choosing, really.

Let's see how in tune I am.

Yeah, well, I don't give a damn about this title. Shall I blame emulation? Input lag? Distracting visuals? Nah. I just don't care about any of that. I don't care about the game, either. Frequency, most certainly, is not my cup of tea. 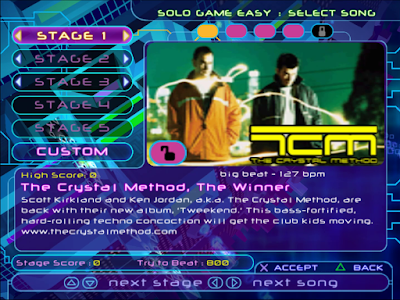 I don't know who these guys are, I don't know what their song is supposed to sound like, and I don't understand why so bloody many of my inputs were registering as off the beat. The error margin isn't a margin at all, it seems. Get it right, or bugger off.

I'll bugger off, thanks.

There are three positives to come out of my time with this game. Firstly, it's probably the best thing I've seen in this emulator, which is unfortunate but I'm impressed with how well it runs. Secondly, the intro video is so turn-of-the-millennium that it's well worth a watch. It's a vision of the future that just never came to be, for reasons unknown. I should have taken some screenshots of it, to be honest. I guess it will just have to live on in my memory now. Thirdly, I learnt some stuff about Vegas Pro while 'editing' that video. Thanks, Frequency.

In all seriousness, I knew this 1001 endeavour was going to throw up stuff that I just can't stand and don't want to invest any amount of time in, and - to give you a heads up - it's the stuff that was spawned from this very game that likely won't be getting much of a look in. This game eventually leads to the likes of Guitar Hero. I'm telling you now that I have no intention of tracking down a plastic guitar and slapping some buttons, even for the sake of authenticity.

But we're not there yet. We're playing Frequency, the electronica rhythm game that allows you to build up your favourite (?) hits instrument by instrument, to some pulsing visuals with a look that you just don't see these days. Could fun be had? Yes. Could fault be found? If you looked for it, sure? Could I recommend it? Oh yes, very much so. Simple controls, nice graphics. Knock yourself out. Just don't invite me. I don't care.

When pitched to Microsoft, the developers were told that music rhythm games wouldn't succeed without custom hardware controllers. As I said, this would lead to the likes of Guitar Hero...