Words. I have none. 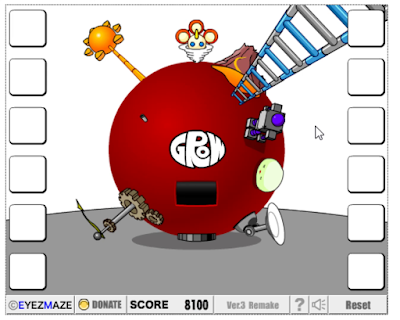 After a string of games that I've been quite aware of, some of which I had played quite a bit, comes something so far out of the left-field that I have to wonder just what makes it a game in the first place.

I've played a fair few Flash games in my time. Most of which would be described as a flash in the pan, but there are some highlights from the now dead (severely crippled?) piece of software. Those of us from a specific age range probably has their favourites, even if it's something as simple as Curveball.

Curveball didn't make the 1001 list, though. GROW did. I've not come across GROW before. I'm not sure I'm best placed to describe it nowadays either. 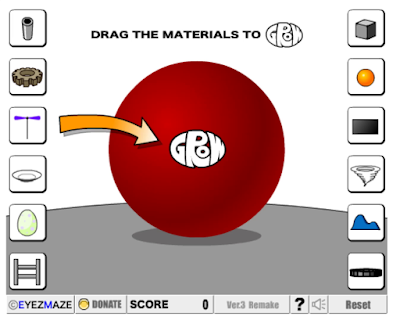 The state of Flash as of right now is 'avoid at all costs'. Google Chrome, by default, blocks Flash wherever it finds it, and for a while, I thought there was the option to just right click on the Flash thing and run it regardless of the risks.

Heading to the website for GROW today, and that's apparently not the case any more. I could have fiddled around with the settings I suppose, and forced Flash to run, but that really is a silly idea, not only because Flash is that bad, but because I have Flashpoint.

Flashpoint is an archive of Flash content from the history of the Internet. From animations to games, if it was popular, chances are it's playable in Flashpoint, and if it's not, you can ask for it to be made available for the sake of preservation. Without preservation, we're set to lose games like GROW.

But what on Earth is GROW? I fired it up to the screen above. "Drag the Materials to GROW." Alrighty then... 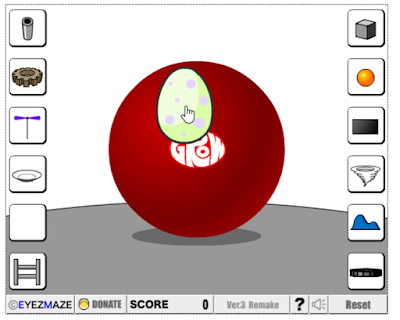 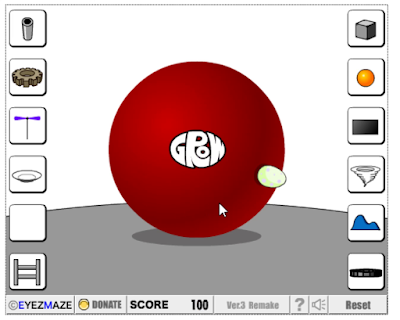 The aim of the game is to plop stuff onto this red ball such that it interacts with other things to level up and do more stuff. I mean, that's the gist of things. 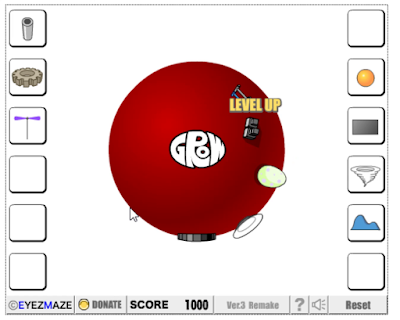 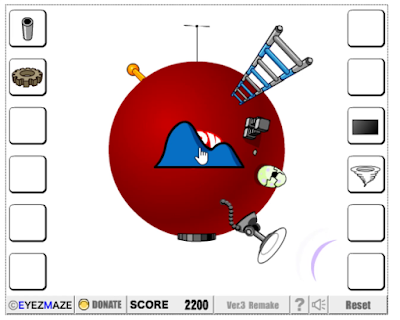 There are 12 items, and you plonk them down one at a time, watching them spring into life somewhere on this sphere, and hopefully influencing something else already on it. The egg starts to crack, the cube gets more pieces added to it, the ladder reaches into the sky. 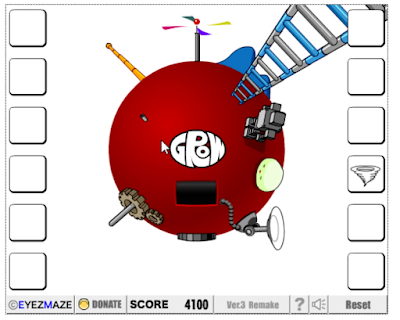 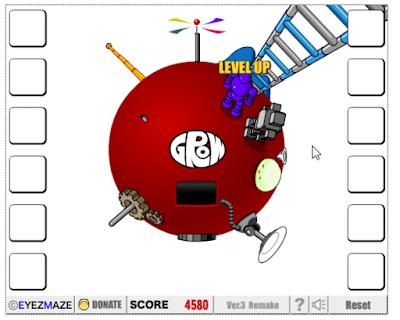 None of it makes much sense, especially at first. You can, here and there, see things that might interact with each other - a propeller looking object and a tornado, for example. Surely there's something in that?

A dinner plate turns into a satellite dish and seems to hook up to a TV monitor, but why? What is the purpose of these objects? What am I aiming to achieve here? 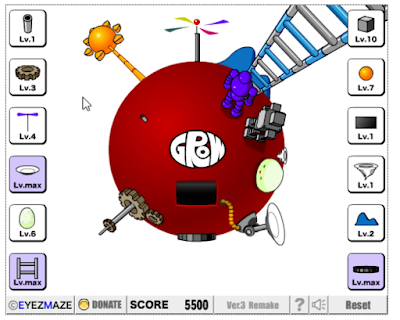 After dropping the last object, my score is revealed. I've managed to max out the levels of three objects. The goal is to max everything out, and the challenge is, therefore, to work out what order each object needs to be placed onto this ball to grow 'em all, with some presumably only needing to grow a little, and others a lot. 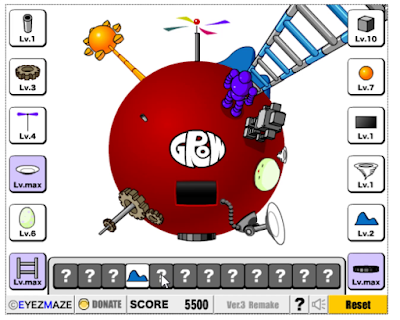 Mercifully - because I don't want to think about how many combinations of screw-ups you can get with 12 objects - a hint system is available in this version of the game, listed as Ver.3 Remake, and it tells me the hills are the fourth object I need to place.

Cue the memory game, cue trial and error. You might want logic, but it's loose at best here. 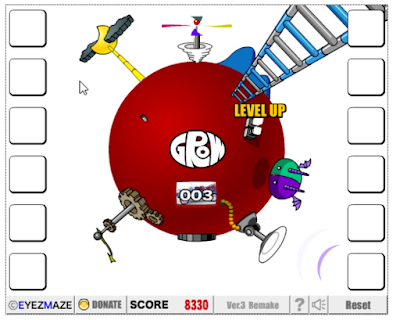 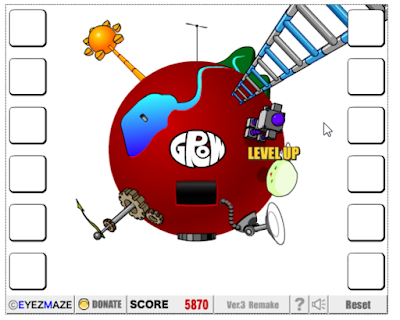 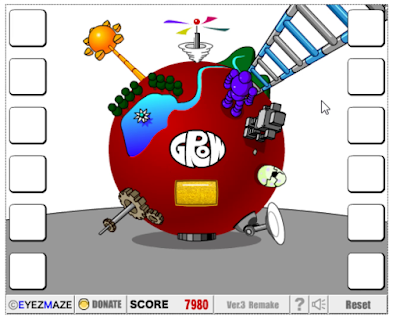 After twenty minutes and what must have been nine or ten attempts, I had done it... 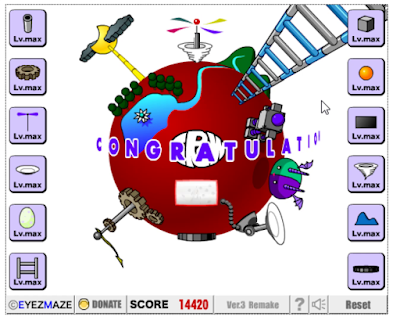 It's not often you get to complete a game in half an hour, certainly not for this 1001 list, but that's where I am with GROW. Or am I? After that success, the hint system got a second row, with red backgrounds to the object hints. I've no idea what that row is about, and I didn't care to find out. GROW is just too weird for me.

Abstract, silly, outright goofy games aren't the problem, I don't think. I'm up for weird and wacky, but this was different. This was drag and drop and see what happens. Arguably, it's drag, drop, try and deduce some sort of pattern, but there were no stakes for me to want to do such a thing. It's not like I was trying to solve a murder, though I think a game like this with that theme might be entertaining.

Flash was weird, it really was. It was an outlet to the odd and the wonderful and is something special in the history of the Internet, especially my history with the Internet. But is it on the 1001 list to represent Flash, or because it stands out unlike anything else you've seen up until this point, and beyond?

I've really no idea what to say about it. You'll have to try it out for yourselves and see what you make of it - provided Flash hasn't been completely wiped from the face of cyberspace.

Versions 1 and 2 were released in later years because people kept asking why the series started at Version 3. The reason was simply that the earlier versions lacked music and a score, and that the 'Ver3' name stuck. It looked good, that's all.