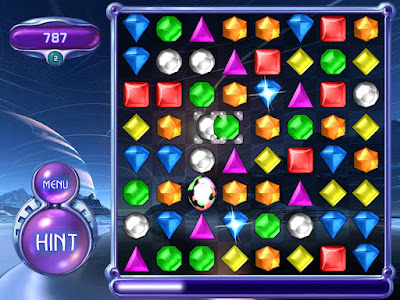 Another smash mobile hit? So soon? Apparently so. After tearing ourselves away from Zuma, we're put in front of tile matcher Bejeweled 2.

Swap two bits and bobs around to create three or more in a row, go for the high score... it's not really gameplay that needs a full sequel, is it? 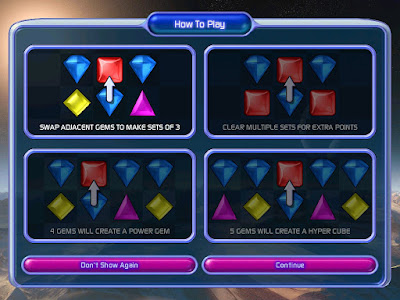 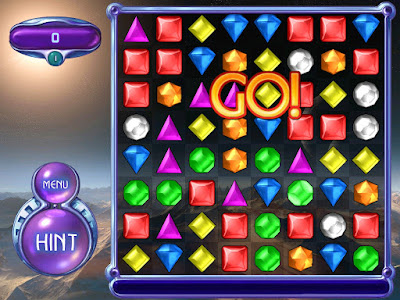 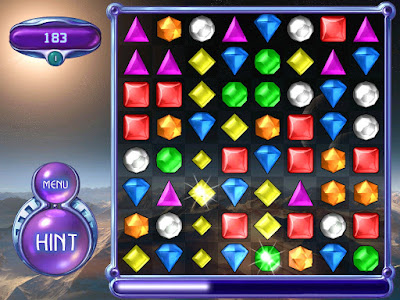 As you can imagine, Bejeweled 2 is simple to pick up. Anyone can do it. You pick a gem and swap it with a neighbour. If the swap results in a set of three, they disappear, all the gems above them drop down, and you get back to swapping. The more you swap and chain together, the higher you score. Easy. 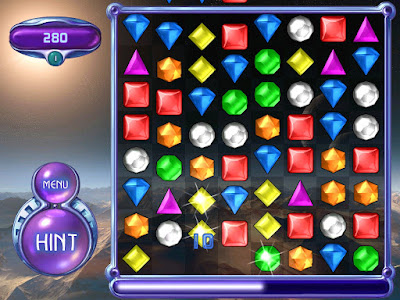 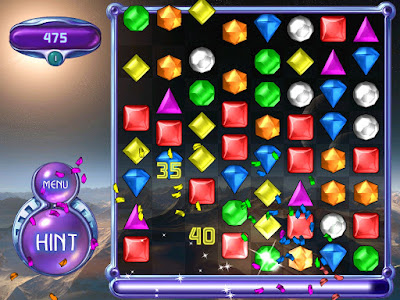 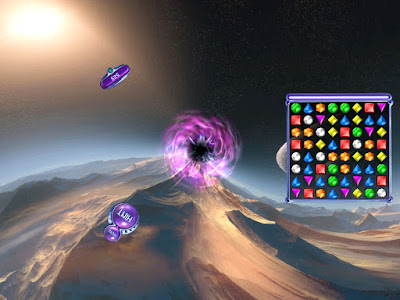 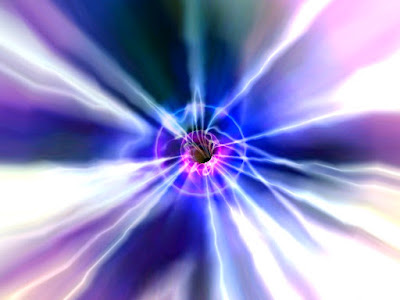 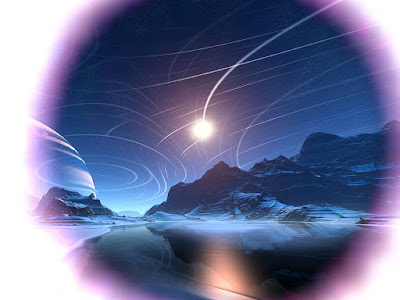 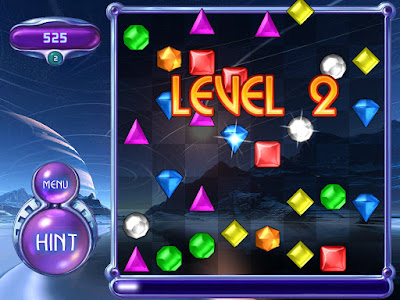 To make the climb through the levels more interesting, if you manage to set off chains of four or five matching gems, you'll be rewarded with bonus points in the form of explosions knocking huge numbers of gems out, or lightning striking all the gems of one colour. 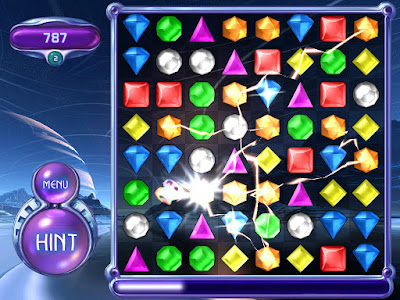 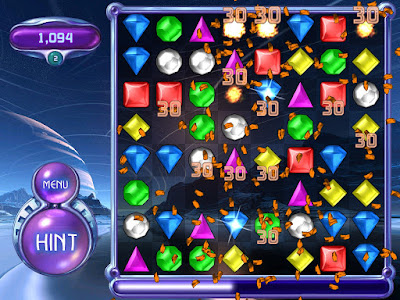 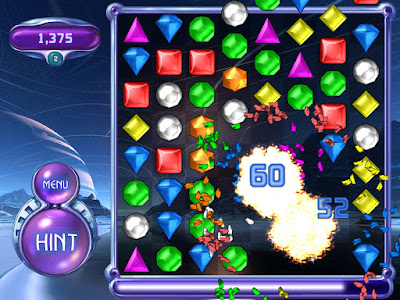 Both clear the way for you to keep emptying the board of matching gems in search of the goal. Here, it was classic mode, but many others are available should swapping gems get a little too boring for you. 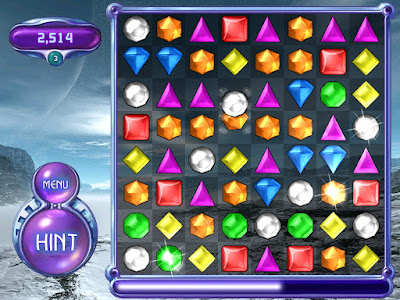 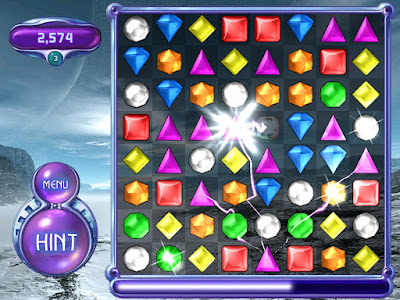 Unfortunately for me, after just a few minutes of playing, the game decided it would no longer show me what was going on, and a visual game like this doesn't work when all you can see is a black screen.

The same thing happened for Zuma, another PopCap title, but where that problem was eradicated, somehow, I couldn't replicate the fix with Bejeweled 2, and so couldn't really play on.

I suppose I could have tracked it down on an app store... but why? I wasn't impressed by Bejeweled 2 at all. If anything, the whole experience - five minutes at most - made me want to go and play Zoo Keeper again, with its mind-numbingly repetitive music, but charmingly drawn animals.

In comparison, Bejeweled 2 just looks cheap. It looks like a cash-in - of itself, perhaps. It is just unappealing, despite having gameplay that anybody can get into. 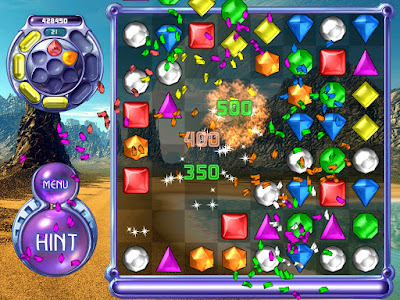 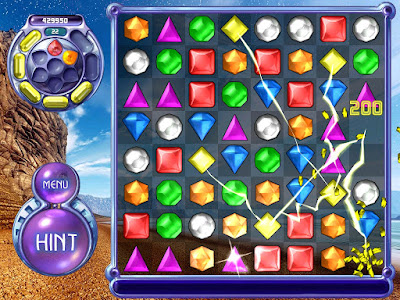 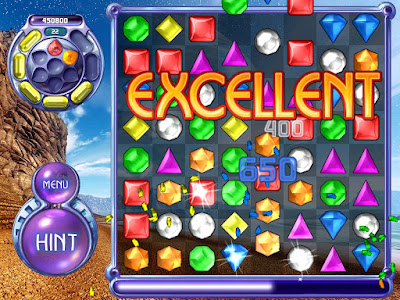 Back in 2016, perhaps when this game actually worked with Windows 10, I took some screenshots of another mode. I don't have a clue which, and I don't remember it crashing anywhere near as frequently, but by all accounts, the very fact that I'd forgotten that I had not only played this game before but took a few screenshots from it probably doesn't bode well for it being great.

But here it is, in the 1001 list, as an example of a game that anyone can play, and a game that made an absolute bucketload on that premise. A sale every 10 seconds, it says, from men and women, young and all, all looking for something to pass the time.

I suppose, by that measure, Bejeweled 2 succeeds. It's a timewaster when you've nothing else to do. I just feel there are better timewasters, even in this genre, with this gameplay.

You don't have to play Bejeweled 2 at all. You may already have done, and completely forgotten about it. You don't need to go back and check. If you must, well, I'm sure you can find it (or its even cheaper clones) everywhere.

A buzzer was put in the office to go off with every sale of the game. The buzzer was swiftly permanently removed from the wall.