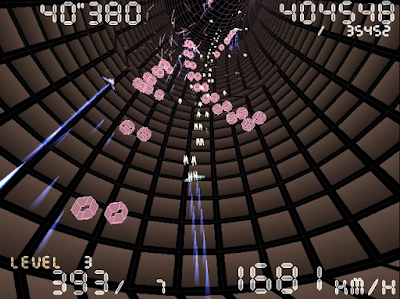 The 1001 list isn't perfect. It can't be. Nobody would be able to agree on the contents of the list if there were only 1,002 games in existence, such are our likes and dislikes across genre or difficulty. What it can do, if not definitively stamp a seal of approval upon 1,001 games, is highlight some of the many games that fly under the radar.

There was a time at school where some friends of mine would bring in copies of Zork to play on the school computers. I wasn't interested in Zork for very long, but when the likes of Geometry Wars hit the screens, now things were getting interesting. The Internet wasn't just beginning, but it certainly wasn't what it is now. Flash games were entertaining to a point, but when someone got an actual small game up and running, that was a talking point.

Nobody, to my knowledge, got Torus Trooper out to play, but it was the kind of free download that might well have done, if anyone had known about - or stumbled across - its developers humble little website. 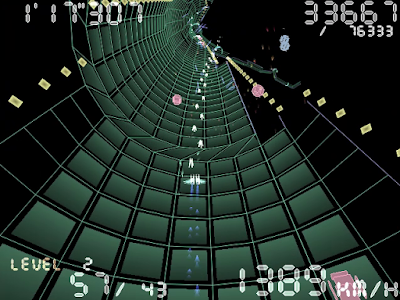 Torus Trooper is an endless runner, or endless shooter, where speed is critical. If you run out of time, it's Game Over. To get time, keep moving forward, dodging incoming fire and blowing up ships. If you get hit, you'll lose time, and you already know what happens when you lose all your time. 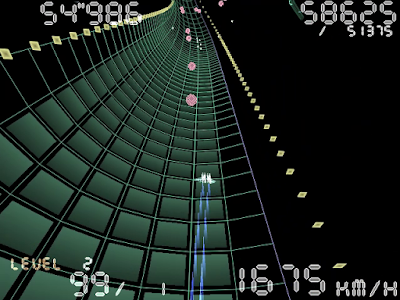 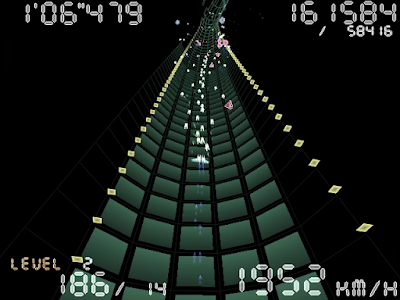 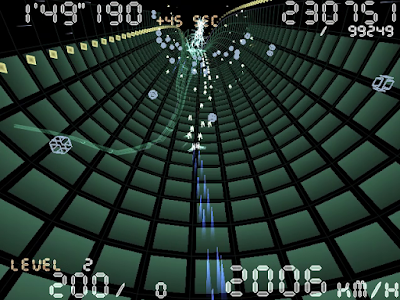 That is Torus Trooper. Apart from the details.

Each level of the game, forming looping tubes and halfpipes that flow straight into the next without a moments pause, tasks you with defeating or otherwise passing enough opposing ships to spawn a boss ship, and then blowing that boss ship up for extra time. 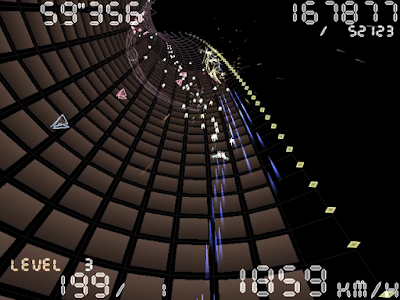 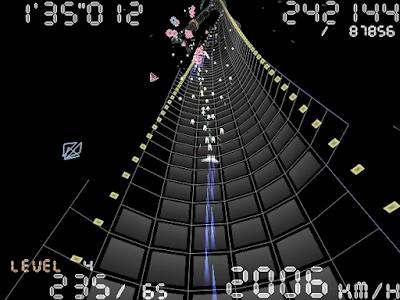 To do so, you've got infinite ammo with a tendency to spread everywhere you need it to, as well as the option for a charged shot, which slows you down but clears the way through the bullet hell you may end up facing sooner or later. 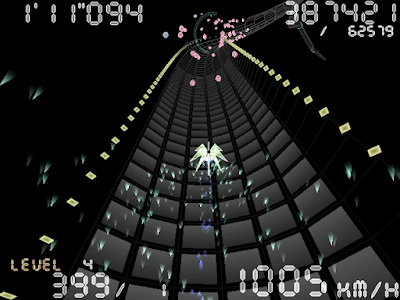 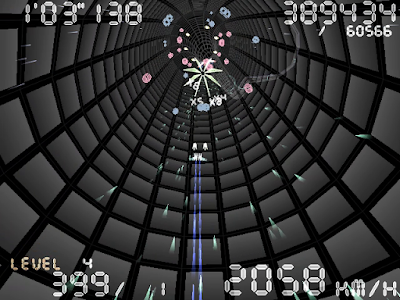 It comes with an added bonus of increasing your score multiplier for each bullet it clears out of your path, which is handy if you're chasing scores, I guess. Truth be told, I'm not actually sure what the point of the high score is if the goal is to just survive. 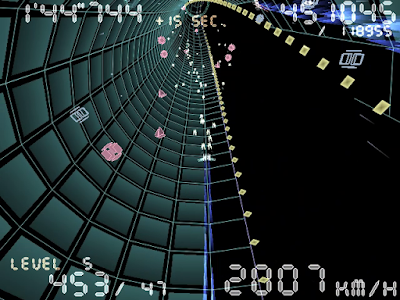 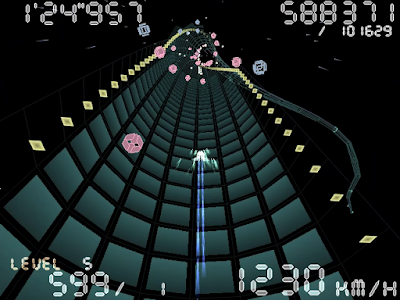 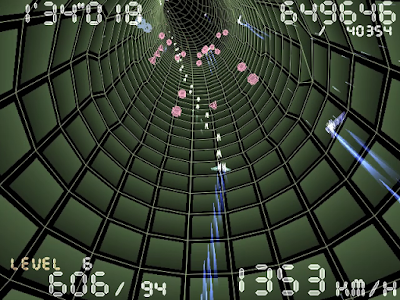 The graphics are as simple as they can be while still making sense, evoking that retro look of old, and ensuring the game can keep pace with itself. The music is as electronic as you'd imagine, but it does get repetitive. It's not distracting from the action, though, which is what you want with this kind of thing. 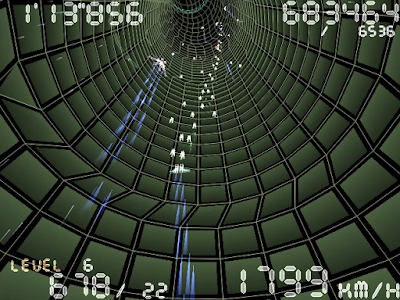 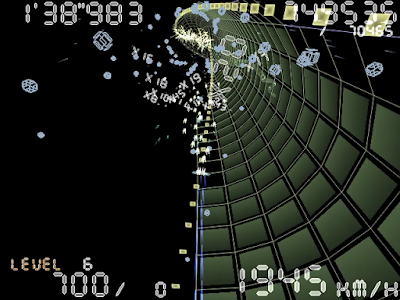 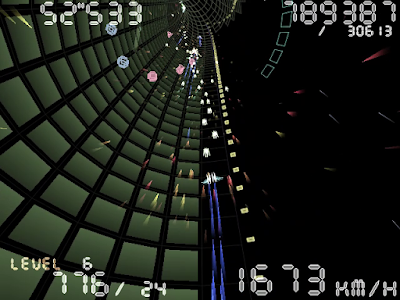 I'm almost certain that there has to be more to Torus Trooper than this because it's so slick so far, but I don't think there is. The challenge increases as the levels do, your reflexes are pushed further and further... there's your goal, go meet it. 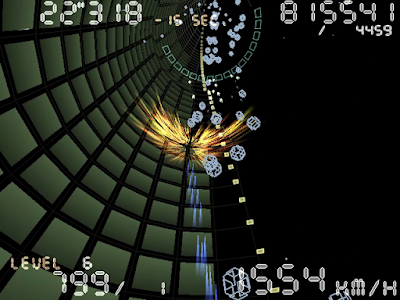 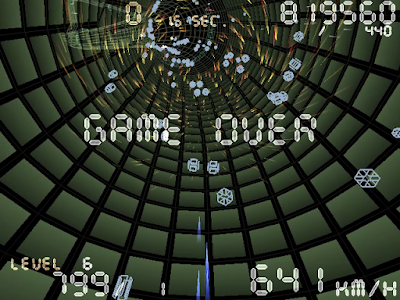 For a little time-waster that can absolutely grab your attention as you give it just one more go, Torus Trooper is a lovely little addition to a game library, and it comes from a developer who makes these small games just because he can.

I suppose they have a lifespan - there's only so much you can play before you really have seen and done enough - but give it a few months to sit gathering digital dust and, when the time comes to go through your games folder, you'll see 'TT', wonder what it is and why you didn't name the folder something more useful, and play it all over again.

For five minutes or fifty, Torus Trooper gives you something to do and simple rules within which to do it. That is the definition of a game. Go play a game. This one is recommended, as are many, many others. Thousands, even...

The man behind ABA Games, Kenta Cho, believes that his games just aren't substantial enough to warrant a commercial release, though one, Tumiki Fighters, was remade for the Nintendo Wii as Blast Works.