This is definitely a hard hat area. 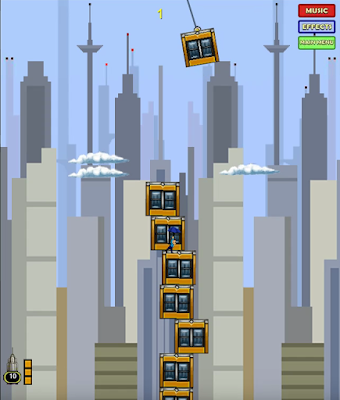 Gaming on mobile phones kinda exploded when the likes of the iPhone were unleashed into the world. It was practically impossible to not find something entertaining to play, whether you wanted to match gems, bounce balls, or create tower blocks. 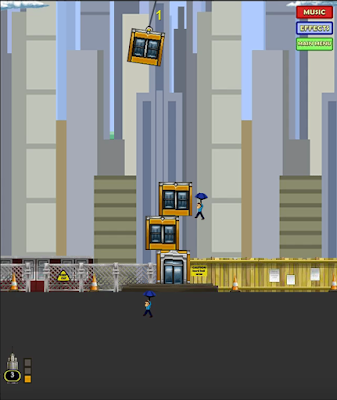 Tower Bloxx is simple. You man a crane and drop apartments from it onto the top of the wobbling tower you've been building with previously dropped apartments. It's a mobile game, so of course it used silly physics. Though this is a Flash version of Tower Bloxx, the gameplay is the same. Time your drops so that the apartments don't fall off the side and crash to the ground, the higher the tower, the bigger the score. 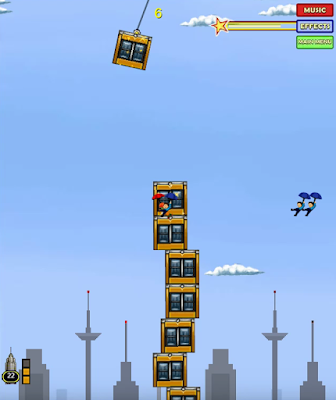 If you match the block below completely, you'll net yourself a score multiplier of some sort, where more tenants flock to your under-construction tower block. Keep the chain going to increase your score, but remember that as the height increases, so does the amount of sway, making timing your drops all the trickier. 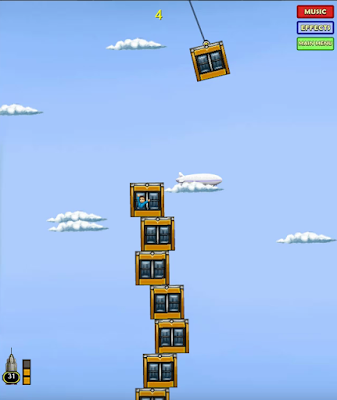 Lose three apartments and your run ends. That's all there is to Tower Bloxx.

After two short games, I was bored. But it did its job, I suppose. A few minutes of entertainment before you get into something more worthwhile, like talking to the wall about your experiences of a mobile phone game that's now 15 years old.

There are sequels and there are bound to be knock-offs and clones, so you shouldn't have too much difficulty finding a version of Tower Bloxx to play. Should you want to. I suppose you should at least fire it up once. You get to build a wobbly tower! Look at it sway in the breeze!

To give you a sense of the scale of mobile gaming back in the day, in 2006, Digital Chocolate won nine 'Game of the Year' awards from IGN alone.