"War has never been so much fun" 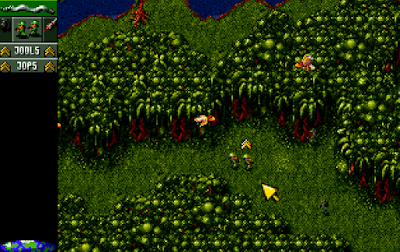 Though the name gives a few clues, I really had no idea what I was in for with Cannon Fodder, from the same sensible minds behind previous 1001 titles Wizball and Mega Lo Mania.

A strategy by way of a shoot 'em up, or maybe a shooter by the way of strategy, Cannon Fodder sees you point your privates in the right direction across multiple missions and locations, where permadeath is just a bullet away. And yet it's cartoony and humorous; a satirical approach to war and violence.

It's about time I found out what fighting on the front line is all about. 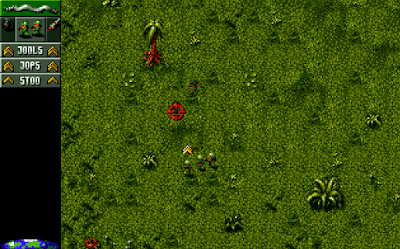 Though it took far too long to get going thanks to developer credits presented in a parody film kinda way, Cannon Fodder is simple enough that anybody can drop right into it and get going, which is exactly what the first mission will ask you to do. 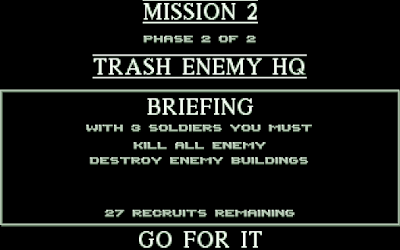 Things do get a little more involved in the next mission, where you will wander the jungle a lot more, the small map acting as an open world, essentially. As well as killing all the enemy, you will have to destroy their buildings, which can only be done with explosives that you don't have, so you better go and find some supplies in order to get them, and then blow all the buildings up.

Gameplay really is that simple, but you can't waltz through stages like you're Rambo. 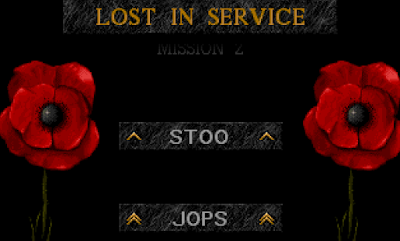 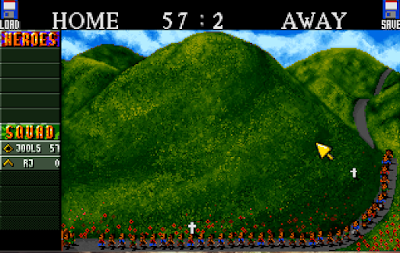 Death is but a bullet away, and in my case, I never saw it coming. I emerged from the firefight with just a single soldier, unaware of when dear Stoo and Jops even fell. There are plenty of men that can fill their boots, but each successful mission will increase a troops' rank, so keeping them alive as long as you can will give you a better unit over time.

The theatre of war will see your troops engage in a variety of locales, and as well as blowing things up with the right equipment, they can get into vehicles to cause even more havoc. 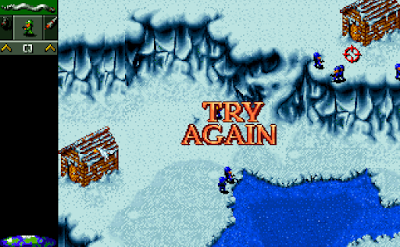 Before they do that, however, they've got to learn to not run out of explosives in missions that require explosives.

A mission won't end until all your troops die or you give up and quit. If a mission isn't possible to complete, because the explosives to destroy the buildings no longer exist (because you blew up the supply crate, for example), then you'll be left wandering the level with no purpose. 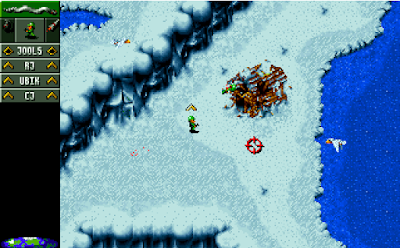 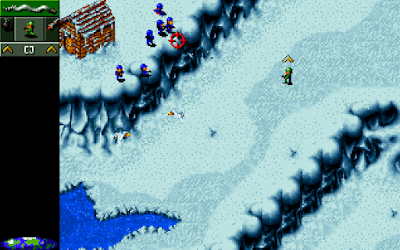 You could at least scope out the rest of the level, or practice your shooting against infinitely respawning enemies (because you're not able to destroy those buildings, not because they infinitely respawn by default - killing all enemies would be quite the challenge otherwise), but eventually, you'll realise that you're just wasting time and will need to quit.

And that's a little unfortunate because Cannon Fodder is so easy to play. Maybe not easy to get through in one piece, but easy to sit down in front of and just get going. It's point and shoot, and while there's strategy to be found in which way to move through a level, or when and where to engage the enemy, at the end of the day it's a simple little game and not much more.

Though I can't really say that having not seen a great chunk of it. I like it enough to push on with it, but there may come a tipping point where I've seen enough, or maybe when I've had too many failures - probably of my own making, but failures nonetheless.

It's easy to recommend Cannon Fodder: I recommend playing Cannon Fodder. I don't know how long you'll stick with it, but I'll keep going with it for a little while at least. Not sure I'd call it satirical or even funny, but there we go. Can't have everything.

Cannon Fodder and Sensible Soccer were brought together in the form of Sensible Soccer Meets Bulldog Blighty, garnering comparisons to the 1914 Christmas football matches between opposition forces.