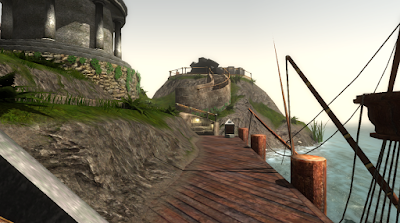 Before this quest of mine, I knew that Myst was important to video game history and that it was going to be quite the adventure when it came time to playing it. That was about all I knew, save for that it was a puzzler of some sort, and that it'd be unlikely I'd make it very far. 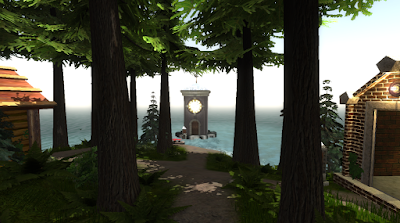 I'm playing the realMyst rerelease/remake of Myst, which doesn't just include updated graphics, but those graphics are rendered in real time, allowing you to move and look at anything you want, from anywhere you want, without being locked into a slideshow.

Of course, I chose to not play it like that, and stuck to as close to the original control scheme as possible - I'll be blindly pointing and clicking, rather than blindly WASDing. 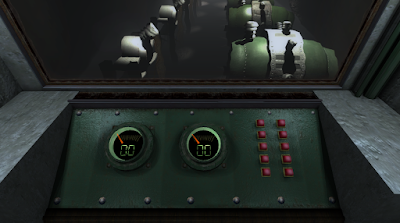 Myst presents a mysterious island with essentially an utterly unknown backstory for you to discover that revolves around books and people trapped inside them. Or something. Don't ask me.

I really don't know where to begin, or what to do, so I take inspiration from the user guide which says words to the effect of  'act like you would if you were really on this island, looking at everything to see what it does'.

It felt a bit 'ehh' when I first read the guide - like it was almost begging me to stick with the game despite what your initial impressions of it are. The determination to discover will see you succeed... It's a shame then that despite walking seemingly every inch of the island I still don't know what to do. 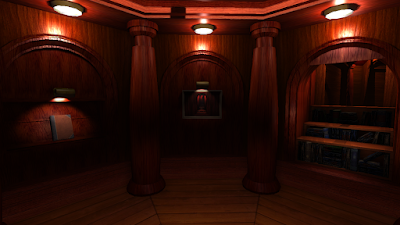 I've found the starts of puzzles, I'm sure, but how any of them interact with anything else, and what it's all working towards might as well be a foreign language translated into another foreign language to me.

Stick with it, though, yeah? Alright. Buttons be pushed, buttons be unpushed, doors be opened and closed and sweet eff all has changed. Let's check the guide and see what I'm missing. 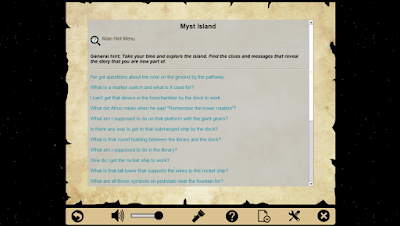 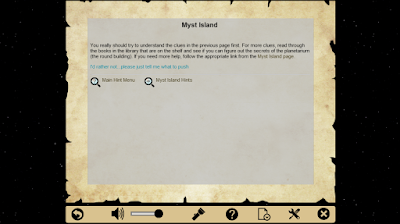 Even the guide doesn't want you to use the guide. Understandable for a game that is one big puzzle, I guess.

So I took to YouTube to see that I had missed a piece of paper and a secret door within the first twenty feet of the island and hit the Quit button. If I miss that, I haven't got a hope in hell at anything else on this island. 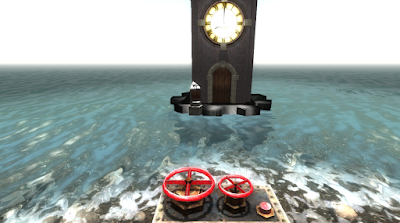 Watching Myst isn't a good idea, as following along with what a player is doing doesn't make much sense when you haven't discovered what connection an event has to any other event, and don't know why a player is going in one direction over any other.

Underneath the polished (albeit dated) graphics is quite the epic puzzle that will see you spanning all manner of areas in pursuit of your goal - whatever that is. I mean that in terms of not knowing the end, and knowing that there are multiple endings, based on your degree of success. No ending for quitters, though.

If you're a puzzle nut, you've probably played Myst already. Then again, it may be a different kind of puzzler to what you like, so I don't really know. If I do like some video game puzzles over any other, it's because they're a whole lot simpler than those found here.

No idea. Get lost in your own mysterious adventure when you can.

My favourite line in the Myst Wikipedia article reads 'eventually they included a save system as a concession to the fact that it would take most players months to complete the game.' - I have no hope even with a save system...