How you doing, Ken? 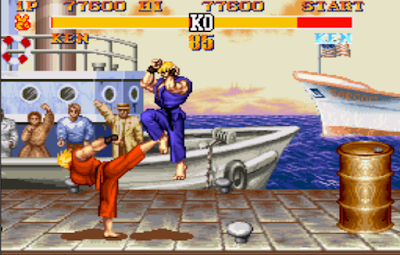 Ah, Street Fighter. Long have I known of your characters, hummed your theme music, mocked your catchphrases and yet rarely have I ever sat down and played a game of yours for any length of time. It's usually a round or two here and there, and the game I've probably played the most could well be Street Fighter: The Movie.

This isn't that, though. This is regarded as the peak in the Street Fighter II series. This is Street Fighter II' Turbo: Hyper Fighting and I'm looking forward to pulling off a Hadouken or two because I like to set my expectations quite low and be easily impressed when exceeding them. 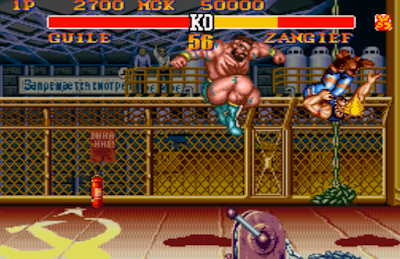 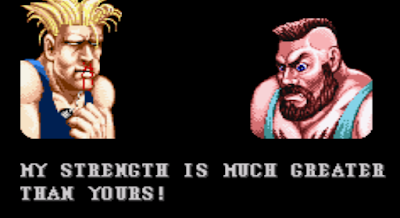 The shortest Street Fighter II history lesson you need to know goes a little like this: Street Fighter II was released in the arcades, followed a year later by a Champion Edition update that kept the fanbase active, to the point where unofficial hacks of the game kinda inspired/kinda didn't this Hyper Fighting update, which upped the speed and fluidity of the fights, and thus Street Fighter II was propelled through history as the game we all know and love today.

I'm playing the SNES port, which includes both the 'normal' speed and the new and improved 'Turbo' mode, where Street Fighter is what Street Fighter is, and I am getting my arse handed to me. 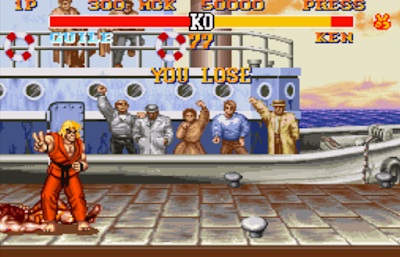 Six buttons are dedicated to light, medium and heavy kicks and punches, and with only a d-pad left you can imagine how simple those controls are to grasp, but boy howdy are they going to need mastering before they get you anywhere.

Characters have their own signature moves that require specific inputs, and mindless button mashing can lead to you discovering some of them, but others will go unheard of and finding the time to practice them mid-fight just won't see you make as much progress as you'd like. 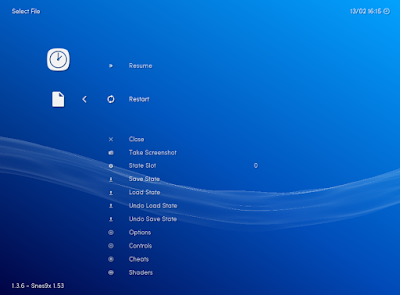 Mindless button mashing isn't advised on an emulator, either. Turns out Down + Light Punch + Heavy Punch + Heavy Kick is my RetroArch shortcut, and yes, I did accidentally restart the game while in this menu... 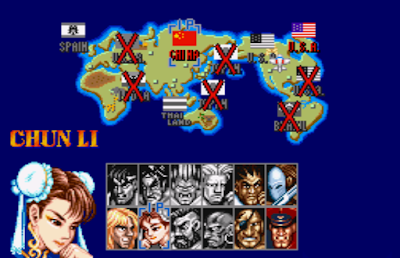 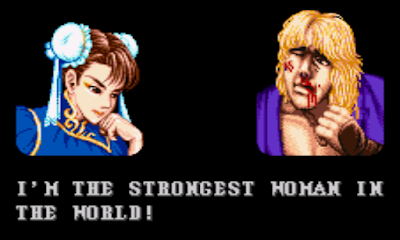 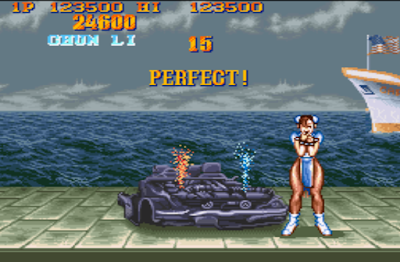 Dropping the difficulty and switching from Guile to Chun Li saw a dramatic improvement in my game (no prizes for guessing which change was to thank there), and while there were still some close rounds even on the easiest of difficulties, I could see a little bit more of what it was that made Street Fighter tick. 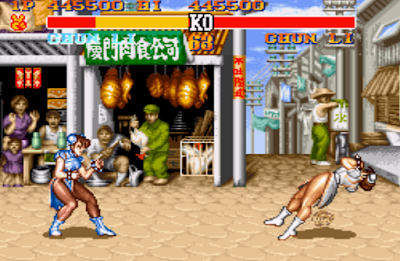 The characters are unforgettable, their locations less so but are equally detailed and great to look at, and the iconic music just leaves you wanting a rematch, because it'll change to some other piece of iconic music for the next challenge, and you don't want to listen to too much iconic music. 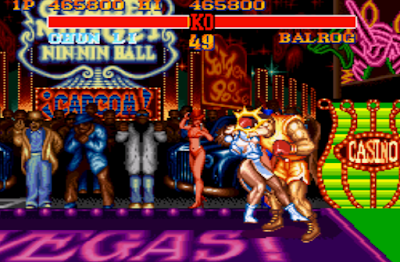 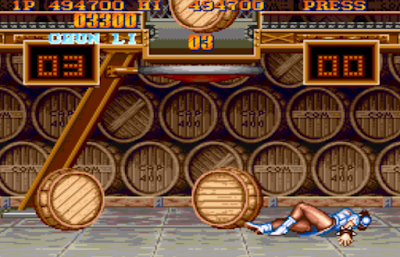 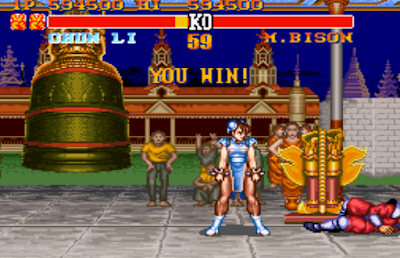 I thought, on more than one occasion, that my run was done, but somehow I pulled it back, launching some kind of offence that did what I needed it to do, if not what I wanted it to do. Fights are broken up with some bonus stages, of which the barrels proved to be my nemesis, but that's fine - I had a good time. 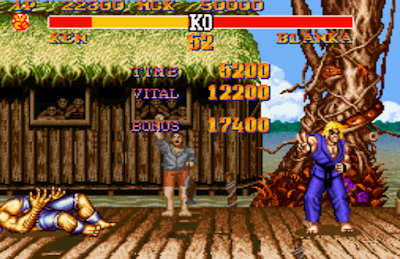 I couldn't tell you anything more detailed than that, and that's not detailed, is it? Do I know whether characters are balanced or how good the VS mode is? Hell no. I've fluked my way through the story mode on easy and called it a day.

I have no problems with Street Fighter at all, but I've also got nothing to compare it to right now. I suppose Mortal Kombat is somewhat fresh in the memory, but they're different games. Street Fighter is a phenomenon, more than a game. The characters breathe so much live into the game, as does the artwork, the sound effects, the music. Everything is working together to make the greatest game possible - and then it's tweaked as and when in order to keep competing with itself.

Will I play every version of Street Fighter II to know if this particular version is the best of the bunch? No, I won't. Will I be glad to have a few rounds on any Street Fighter? Most certainly, yes, and you should too. 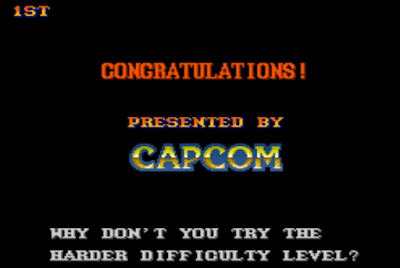 Apparently, some 200,000 Street Fighter II cabinets could be found in Mexico, despite Capcom never selling any to Mexican operators. Popular game, this.