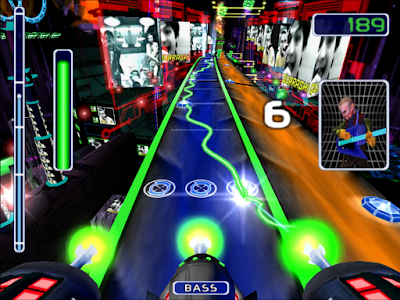 Ugh, this again? What's so good about it that I've got to do it twice? Once you've seen one rhythm shooter thing, you've seen them all, right? What could Amplitude possibly add to the formula that Frequency laid down previously?

I suppose I'll have to have a look and find out. 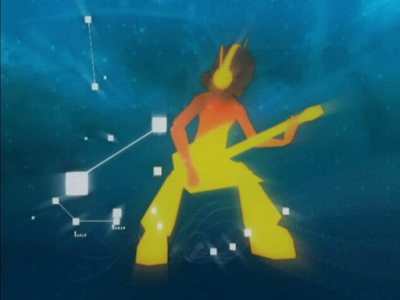 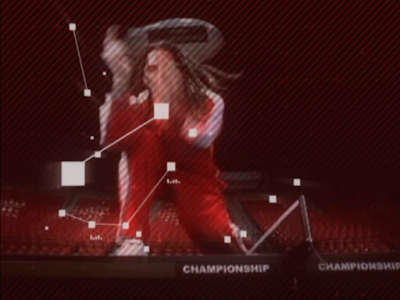 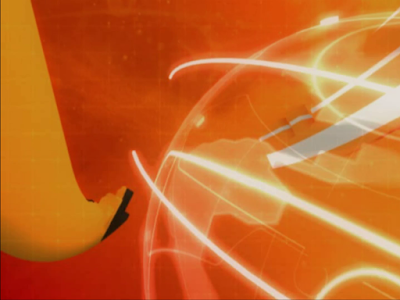 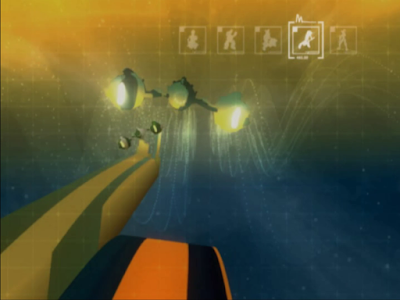 For those not in the know, Amplitude (and Frequency before it) is a music game where you build up your favourite tracks bar by bar, instrument by instrument until they all join together to resemble something far more complete than what they start life as. 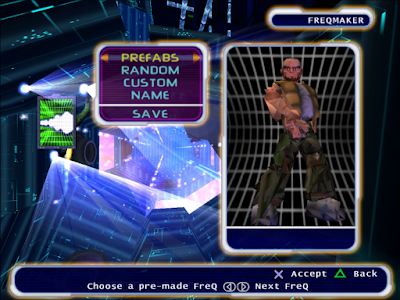 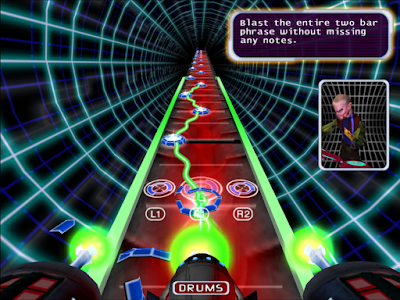 You pilot a futuristic hovercraft thing flying above different sections of your track, and the better you time and chain together the correct inputs, the better the song will sound, and the more points you'll score.

Mess up too much, and it'll sound like garbage. Speaking of... 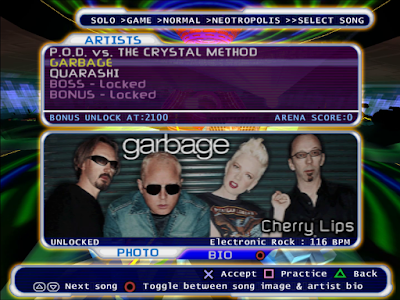 Of the three songs you have access to at the start, I recognise Cherry Lips from Garbage. It looks like the more difficult of the three tracks, based on its BPM, but I'm playing on the easier end of the difficulty scale, so hopefully, it won't be too much of a struggle.

It helps if you know the songs you're recreating too, and as it happens, I know Cherry Lips by Garbage because of Amplitude. This, I swear, was on the demo I played way back when. I'm not a Garbage fan otherwise. I only know of their tracks from video games. Here, Gran Turismo, Metal Gear Solid V... so I must have played Amplitude before. That means I don't have to play it again, right? 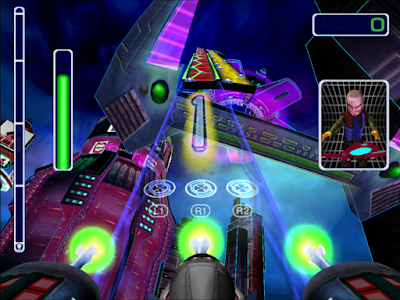 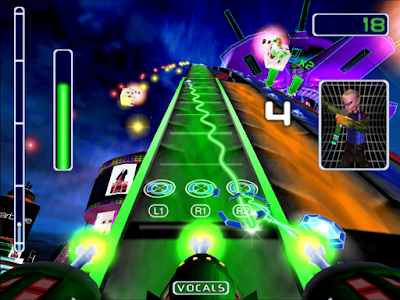 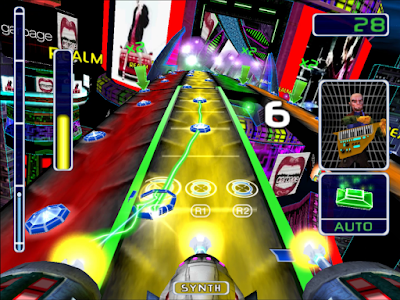 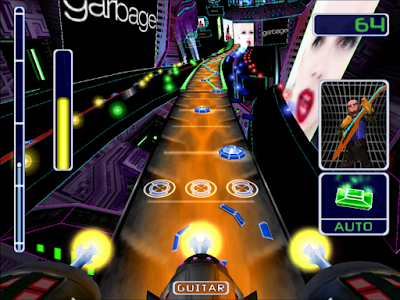 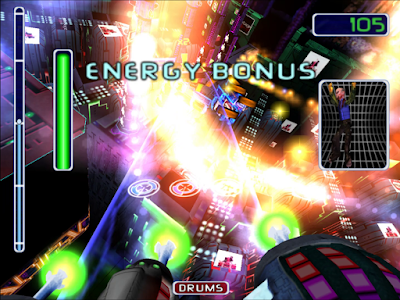 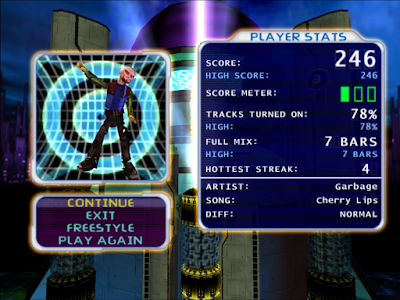 I played it again, and it was alright. I made some mistakes, I used some power-ups, I scored some points, unlocked some songs, got terribly bored and abandoned it. I probably did better this time than I did with Frequency, but it didn't take long for me to arrive at the same conclusion: the game is fine, it's not for me, go ahead and enjoy it if you want.

This sequel does look so much more improved over the original game, with snippets of the bands in the background, but you don't see a whole lot through the tunnel vision of looking at one small part of the screen trying to time your inputs. Who are the graphics for if you're not even meant to pay attention to half of them?

Once again, I can't really find fault with Amplitude. It does exactly what it sets out to do, and stars the likes of Run D.M.C., Pink, Slipknot, and David Bowie. They're the ones I know. Quarashi, The Baldwin Brothers, Mekon, Styles of Beyond... who?

You're always going to get that in a music game, I suppose. It's got to appeal to a broad audience to really be successful, but there aren't too many beyond those. Amplitude's replayability depends on how much you like its songs and how much you care about maximising your score.

But do, again, have a good time if this is your thing. You go make these artists sound like their CDs. I'll just be sat here listening to the finished songs, without people talking over the top, or the drum loop suddenly disappearing, or the lyrics just cutting out.

Seriously, what is the appeal of listening to your favourite tracks getting butchered?

The developers switched from travelling through a tunnel to flying over a city to help give players a better sense of where they were in the song, with regards to which instruments required some attention, or what elements of the song were coming up next.