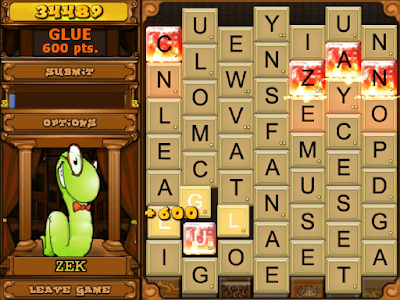 Word games are everywhere these days. Quick little puzzles that you can knock out in a few minutes, often involving trying to score higher than your friends. You've seen them, you've probably played them, you can probably work out how Bookworm plays because of them.

One part game, one part learning tool, how can we improve our brain with this one? 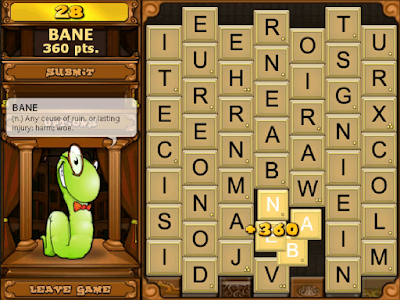 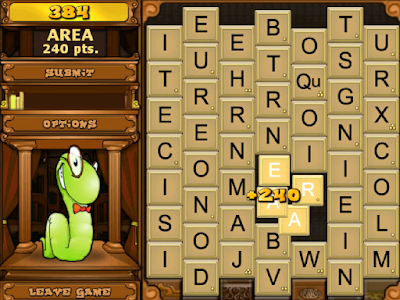 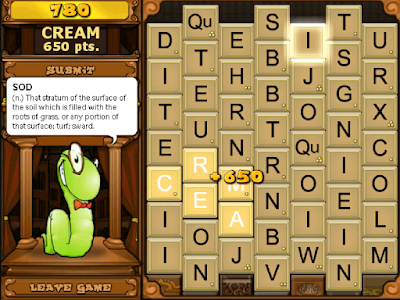 Bookworm is split into two main modes, Classic and Action. In Classic mode, a grid of letters sits before you, waiting to be emptied and refilled as you score words one at a time. The longer your word (or the more obscure the letters it uses), the more points you'll earn, the faster you'll level up and the higher you'll reach on the scoreboard.

Every now and then, based on your achievements, letters will glow, indicating that they'll score you more points if you use them, and after a set number of points, you'll complete a level and see how well you're doing. 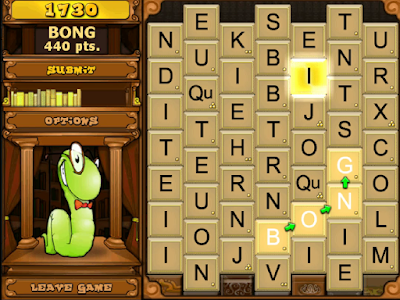 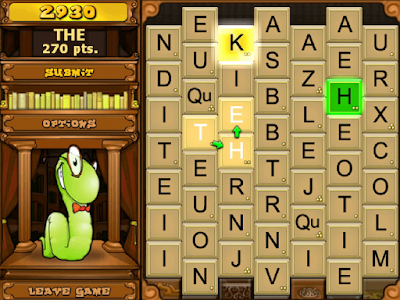 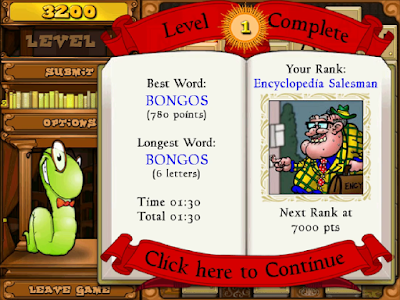 Bongos. It had to be Bongos...

Sometimes, especially if you've scrambled up the board because you can't see anything, letters glow with a fiery red, telling you that if you don't use them in your next word, they'll remove the letter below them from the board. Ignore them too often, and they'll fall to the bottom of the grid, and if they can't fall any more, they'll end your game there and then. 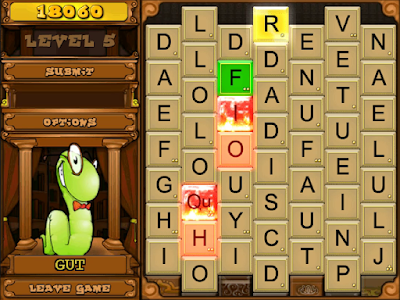 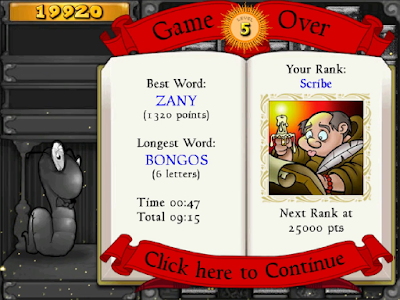 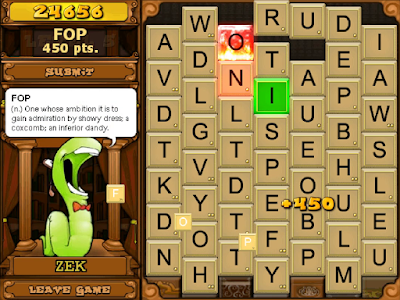 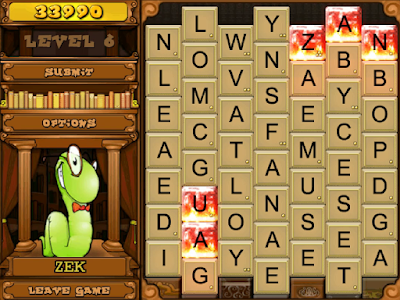 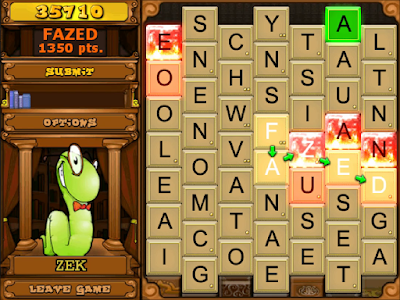 The Action mode puts these problematic tiles in from the beginning, adding a timed element to the game. Where Classic allowed you all the time in the world, Action mode allows you none of it, so you'll have to think fast and spell quickly.

That tends to result in all kinds of disappointing three-letter words. Whether they've got a dictionary definition or not, the act of spelling out 'Fop' just because you can't see anything else feels like a bit of a cop-out, like you didn't deserve to score, despite it being a word. 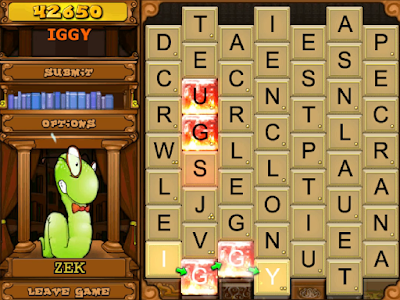 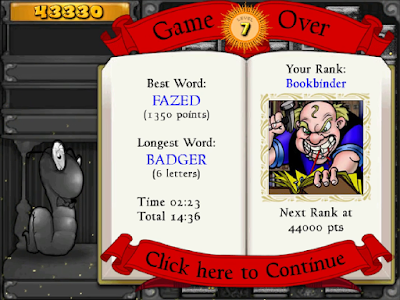 Even with all the time in the world, my brain just turned to mush trying to spell anything sometimes. I know words. I don't know all of them, of course. Some word games I just get, but others I struggle with. Bookworm lies somewhere in the middle.

As a pick-up and play title, it sure does its job. Challenging, educational, takes no time to learn... it's got all the elements of an addicting time. I'm thinking about playing it again right now. But it doesn't strike me as the greatest of spelling games.

Given that this 1001 list is close to ten years old now, I suppose some of the modern games I'm thinking of weren't even ideas in their creators' eyes. But you've got to have some spelling game on the list, and Bookworm suits that criteria nicely.

It won't floor you, but it's there if you want to test yourself for a few minutes while waiting on something else.

Bookworms aren't usually worms, but the larvae of beetles, moths and cockroaches.