You cannot use that. 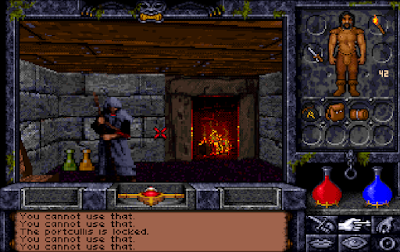 It's been said before and it'll be said again, but going through video game history in this way really allows you to see the major milestones in a given genre, be it by looking back and seeing where something came from, or looking further back to see how far a title has brought gaming forward.

Ultima Underworld II: Labyrinth of Worlds is a classic example of this. I love that it shows the early days of 'proper' first-person role-playing games to which the likes of The Elder Scrolls owe a little and that it can be compared to the likes of Dungeon Master from the 1980s to see how much improvement has been made in six or so years of technological advancements.

There's a lot of content still to come on the 1001 list that will offer similar chances to look forward and backwards through history, but for now, we are - once more - going to save Britannia. 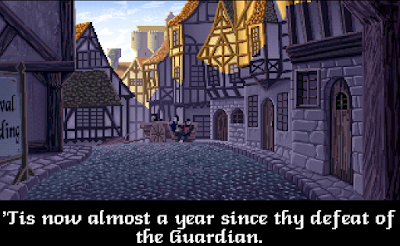 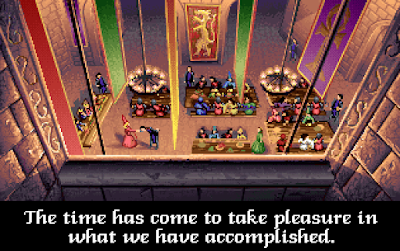 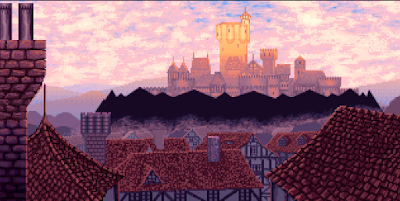 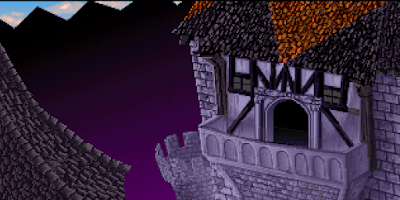 The Ultima series is already lengthy, and this instalment sees you return to Britannia to celebrate your previous victory with Lord British at his castle. All goes well until the next morning, when, out of nowhere, a Blackrock dome surrounds the castle, trapping those inside, separating them all from the surrounding countryside. Who has done this? Why have they done so? How do we get out and save the day? 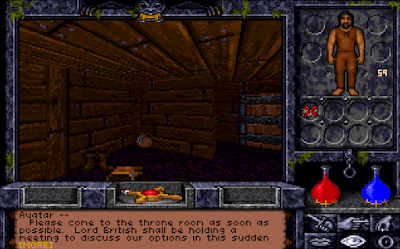 Well, we struggle. The initial problems are obvious on the character creation screen - the mouse sensitivity will have to be increased for it to be playable. Once that's done, we find ourselves inside our room in the castle, armed with nothing and left to discover how best to move around in these three dimensions - mouse or keyboard. With WAXD movement by default.

I shuddered - as did my view, trying to keep up with my attempts at moving - but tried to get on with it. 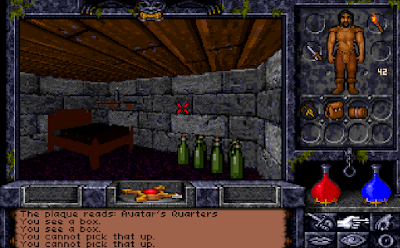 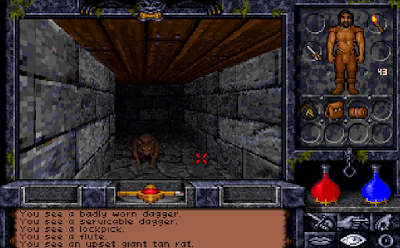 Despite many problems with controls, certainly compared to today's RPG offerings, Ultima Underworld II is just as deep and detailed as our previous dive into the series with Ultima VII. The castle feels sparse but lived in, with bottles and boxes where bottles and boxes should be, for example. 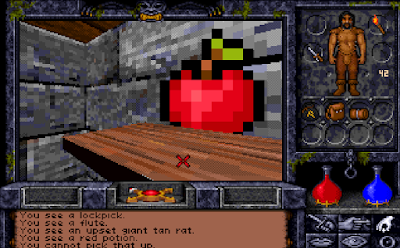 It's a little jarring to see a modelled bed in one corner of a room and flat bottles in the other, but at least you can see from a distance what you can and can't interact with. 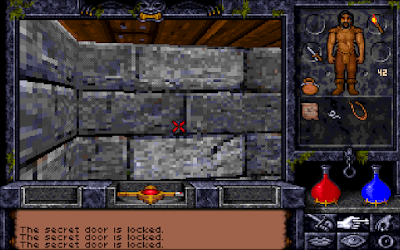 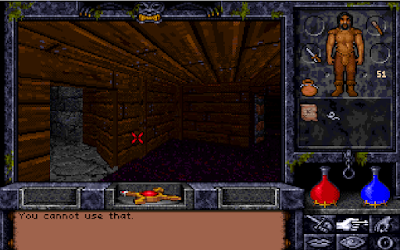 Secret doors are all over the place, with one in the very first room in the game - your own bedroom - leading to a bunch of useful items relating to the character you created. They're tailored for the very character you choose to play as but are hidden behind a secret door that nobody would think to look for unless they knew about it from YouTube first... 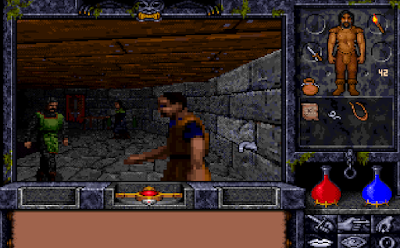 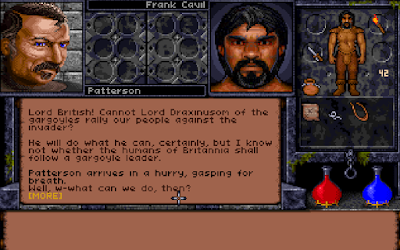 While everything is dark and dingy - partly due to the technology of the early 1990s, but also due to the whole dome of Blackrock surrounding the castle, blocking out all natural light - the characters you can introduce yourself to (or reacquaint yourselves with) are welcoming and chatty. With a choice of questions you can have as much or as little of a chat as you'd like before carrying on with your day... or night... or time, I guess. Until they get in your way. 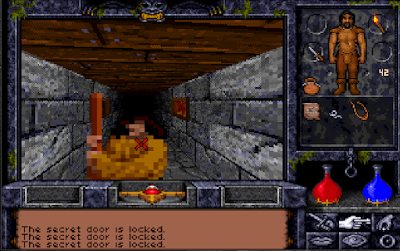 You can push characters around by simply moving into them. Often, you'll not want to do this, but you'll do it anyway.

Sometimes you'll push animals and creatures around, only they'll be so short that they won't be visible on the screen and you'll wonder why your movement is suddenly so sluggish as to be really rather irksome, and you'll want to get your sword out and deal with the pest, only for you to have not equipped your sword, and then not have the attack option selected, and then have no idea if you're actually hitting anything because you can't look up or down until you step backwards far enough to be able to see what you needed to see a second earlier... 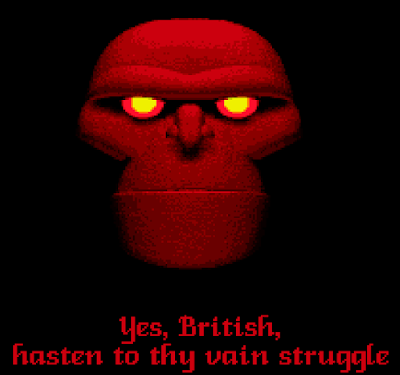 By that, I mean that I like how it retains an inventory system that makes sense, albeit a slightly cumbersome one. I like how different characters will have different stats and skills and would, therefore, need different approaches to the game in order to get through it. I like how there is a living breathing world on display here. Sort of.

It's just so dark. It's like a permanent sewer level that I'm desperate to escape. I just want to see a skybox, even if it's hideous. Development is clearly limited by technology, at yet so much appears to have been crammed in that you should see it in some form anyway.

The story sees you travelling through parallel dimensions - because once you're done exploring the castle, there's nothing else in this domed prison - solving side quests on your way to achieving your much more important goal, and to me, that sounds a bit... bleh.

It looks dark and sounds bleh... and yet it has to be played to see how far we've come. How does that even work? 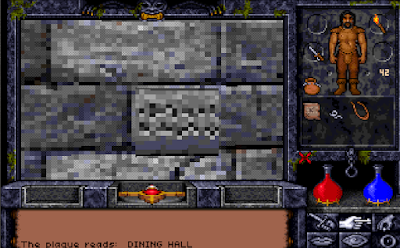 In order to keep maintain a timely development schedule, the artwork was done by artists contracted in from Origin Systems. Enemy designs had to be described over the phone such that the artists were on the same page as the developers. Not such a simple task for a fantasy themed RPG full of otherworldly monsters.