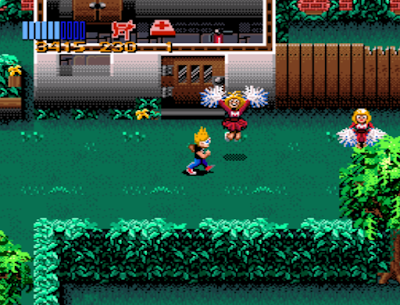 I knew of Zombies Ate My Neighbors long before I had any idea what the game was about. I had come across the title while looking through lists of available to download .wav music files, back when you had to dial into the Internet in order to see the world as it really was, rather than as it was portrayed in Encyclopædia Brittanica. Guile's Street Fighter theme was more interesting to me at the time, but the title Zombies Ate My Neighbors stuck in my mind.

By that, I mean that I didn't expand upon my zombie knowledge until decades later when I learned it was a run and gun zombie-em-up, and it's not until now that I've even bothered to play it.

Will I be able to save my neighbours before an untimely death? There's no time to lose! 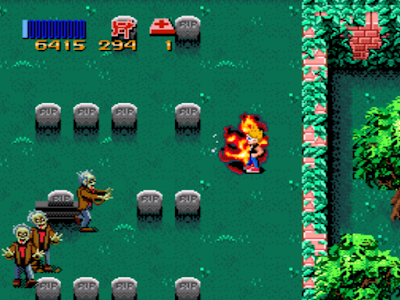 It's called Zombies Ate My Neighbors, it's developed by LucasArts, it's arcadey... of course it's going on a list of must play video games. This game is a game for sitting back and spamming the fire button while you run around the level looking for babies and tourists and teachers and cheerleaders, saving them from all kinds of nasties intent on feeding upon the flesh of the living.

But it's not gruesome, despite what worldwide censors would have you believe. It's cartoony, it's overly animated, it's a silly little game that nonetheless tests you and your decision making abilities. 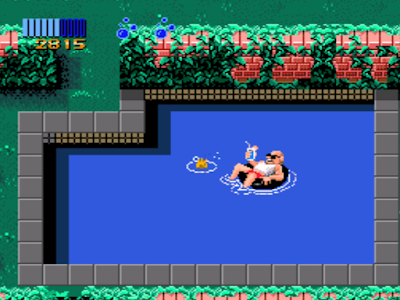 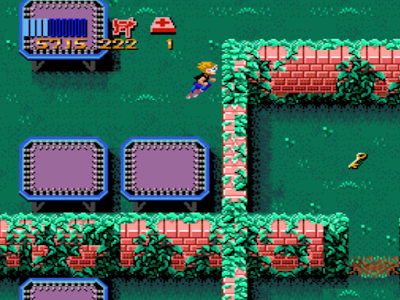 The levels are set in a variety of locations and are full of a whole cast of characters. The ones you're meant to protect serve as little more than bonus points, staying put until you come and save them or a zombie comes and eats them. The characters you're not meant to save then - the zombies, the mummies, the goo monsters, the hatchet swinging babies. the chainsaw wielding psychos - are all on the move, usually toward you in an attempt to stop your progress. 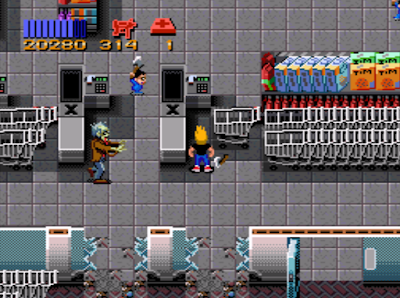 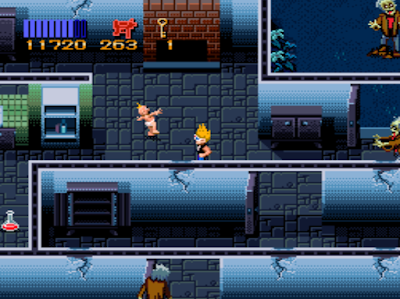 You don't have to save everyone to progress but think of the points and you'll want to track down every last survivor. To aid you on your quest are bucket loads of weapons and items. Your basic water pistol can be swapped for all kinds of offensive objects, including food, cutlery, garden machinery and even a crucifix, each having their strengths against certain opponents or in certain situations.

Couple the weapons with health packs, potions that increase your speed or turn you into a monster to wreak some havoc of your own, pop-up clown distractions and more maddening goodies and you've got yourself a game where your playthrough can be pretty damn different from someone else's. 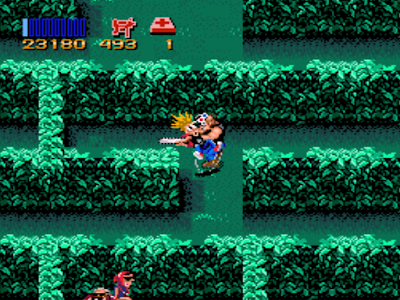 But... for as entertaining and easy to get into as Zombies Ate My Neighbors is, I got bored of it pretty quickly.

New enemies come with new strategies to discover to deal with them, and new levels have new puzzles to navigate your way through, but for all its charm and impressive looks, I wasn't feeling the 'one more time' urge with this game. 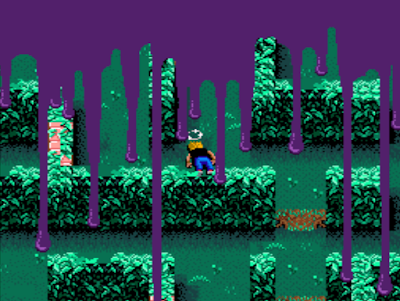 There's plenty to do in Zombies Ate My Neighbors and it looks good doing it, but at the end of the day, how many times can you do what is essentially the same thing over and over before it runs out of steam?

The variety of locations and enemy types might sustain your interest for a while, and maybe competing against a friend for the high score will too. If you're co-operative, you can do that as well, which could well be the best way to go through the game, if only because shouting at your companion's actions in a zombie uprising is always a laugh.

I'm not going to be picking it up again too soon, but it's definitely easy to pick up and it is a must play at some point in your lives. It's B-Movie entertainment in a video game, and there's nothing much wrong with that.

Issues with censorship included recolouring all blood effects on the SNES to a more family friendly purple, and went so far as to require a near complete rename in Europe to simply 'Zombies'.