"Everything you have heard about Virtua Fighter is true. And then some." 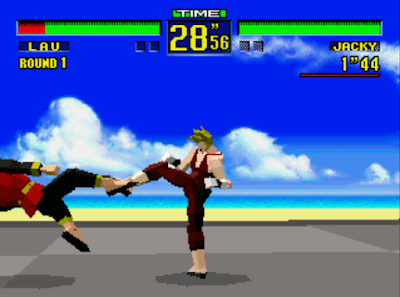 We've had a couple of great fighting games in this 1001 list so far. International Karate + and Street Fighter II Turbo: Hyper Fighting have stood out personally, but this is something quite different. This is the birth of the three-dimensional fighting game genre, and for all its blocky models coloured almost as garishly as possible, Virtua Fighter should never be forgotten for what it gave to the gaming world.

Whether at home or in the arcades, with a punch, kick and defence button next to your joystick, you're all set to beat your opponent senseless in heavy hitting and somewhat realistic hand to hand combat. 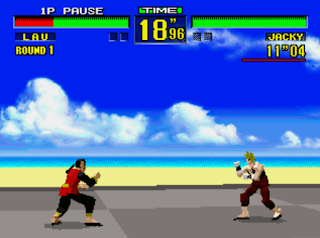 Unfortunately for me, emulating this milestone in video game history results in gameplay counted in seconds per frame, or in terms you might be more familiar in, 'unplayable'.

Sadly, I am unable to take this poetry-loving Chinese cook through fight after fight on the Sega Saturn, and that leaves me disappointed. 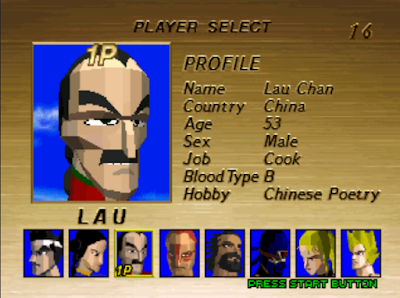 I watched a couple of gameplay videos and usually that would mean job done - mark it off as having only been able to watch it, then hope to get back to it at a later date. But look at Lau Chan. I can't leave him in limbo. Somehow, he needs to fight someone.

And I found a way to make that happen. 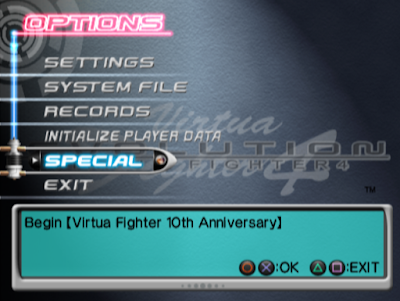 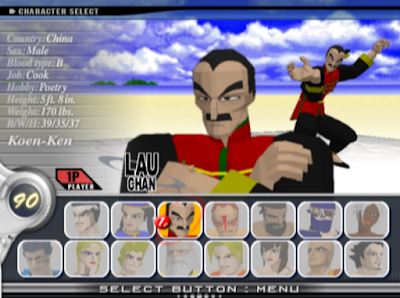 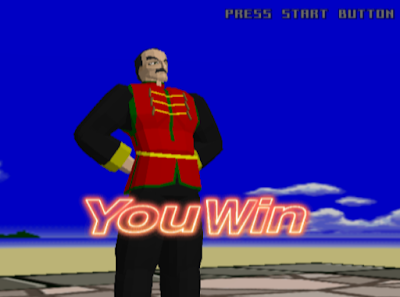 The Virtua Fighter series took off after its original entry, and by the time the fourth instalment hit the shelves, gamers were enjoying the 10th anniversary of that first arcade classic. And would you believe it, Sega went and remade it as a PlayStation 2 bonus. 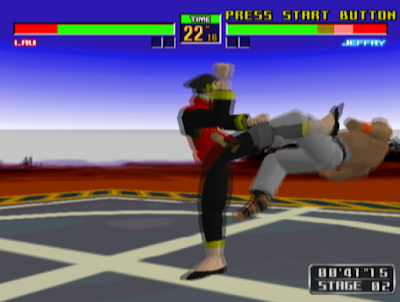 Now, it's not identical by any means. While it pays homage to the blocky nature of the original release, it uses animations and move sets of the modern game instead, so it's hard to know for sure what the gameplay is really like.

From what I've played, those three buttons, punch, kick and defend, are present and useful. Couple them with jumps and ducks and you've got a variety of moves that each character can pull off, which in itself is pretty good, but Virtua Fighter started with eight wildly different characters in the first place, with their own fighting styles for players to get to grips with.

It doesn't look terribly impressive, but it's different, right? 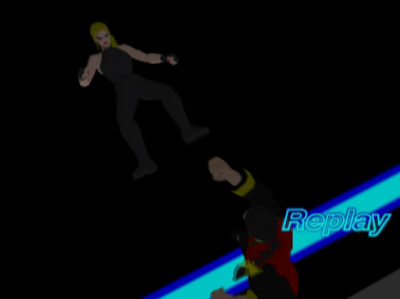 After you get over the fact that you're using 3D fighters to fight other fighters in a fighting game, you'll notice that there's nothing going on in the rest of the graphics department, with sparse backdrops that hop and jitter around the background. It's fine, it's not your focal point anyway. Get ready for the next round. 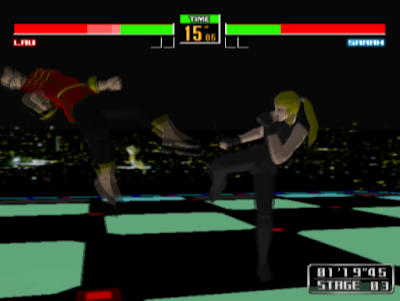 And there may be a few next rounds for you as well. While I eventually got my arse handed to me by Kage (he's not a man: He's a machine), I could easily see myself bashing away at the buttons for round after round, or better yet, against a human opponent. 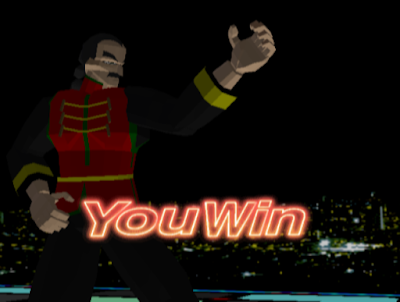 Though I suppose I shouldn't be too certain about that when I'm playing a sort of reskinning, rerelease kind of thing. Is the original as fun and engaging? I'm sure it is - Virtua Fighter wouldn't be a series spanning the generations if the first didn't get the ball rolling in some fashion.

While we're still waiting for fighting games to have a story mode that isn't fight after fight after fight (I'm sure such a thing is possible, though whether it's interesting I have no idea), Virtua Fighter offers enough depth to keep you playing it for some time, and play it you should.

I'm still going to look out for a more authentic time of things, but I'll take a remake if I have to. You've got options for playing it in some form too.

If you don't like the multiple styles of Martial Arts on display, you can always pick a character with a background in Professional Wrestling or even Pankration. Just gonna look that one up... Sporting event from the Greek Olympics in 648BC. Well, there we go then - even that.