Ten years after Elite comes its incredible sequel, Frontier: Elite II. How do I know it's incredible? Not by playing it, that's for sure...

Cast your minds back to that E3, when No Man's Sky was announced with an impressive trailer that promised the Universe. I was hyped. You were probably hyped too. And then somewhere, at the back of the hall, an old guy shouted, "Hey, that's like Frontier!"

Want to be a space trader? You can! Want to be a fighter pilot? You can! Want to wreak as much havoc as you can before getting blown out of the sky, only the sky is space and it's full of Newtonian physics calculations that require you to have a degree in astrophysics in order to get anywhere? You can!

Frontier is about to become one of my biggest love/hate games... 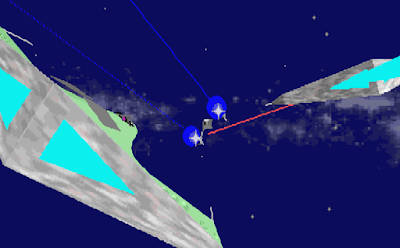 Frontier opens with a short cinematic of you escaping pirates through a wormhole, I think, before landing at Sirocco Station on the planet Merlin - if that's the start point you selected, based on the game's recommendation. 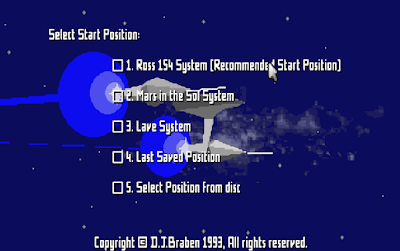 As soon as you have control of your craft, Frontier allows you to do anything you want. Anything. One of your first actions could be - get this - to not request permission to take off from the landing pad. Revolutionary. I jest. 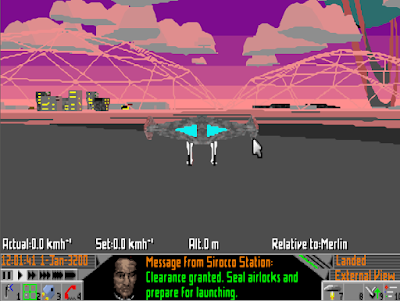 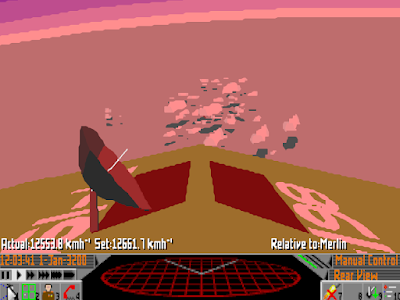 Naturally, I complied with the law and called ahead, before pootling off on my epic space adventure to... 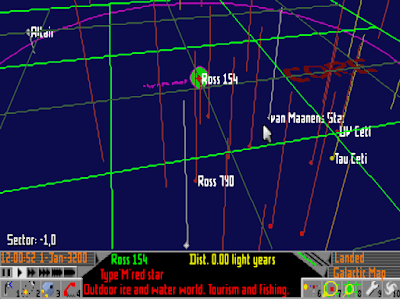 Much like No Man's Sky, there's a whole lot of stuff out there for you to sink your teeth into, but in-game tutorials are a thing for lesser games and so you'll have to invest time into Frontier in order to find out... anything... about what you can do.

Alternatively, you can watch a load of YouTube videos. Thank you muchly, JimPlaysGames. 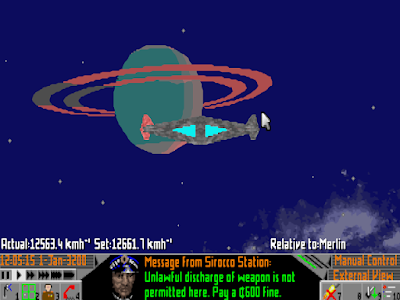 The default controls are all over the place, and the mix of mouse and keyboard isn't terribly intuitive, but I must admit that there doesn't seem to be too much going on. It's not like a full flight simulator manual has been dropped into your lap, and the entire thing is required reading before taking off, but you will need practice before doing anything of note, and you'll need a bloody miracle before entering combat with these controls, either on the defensive or not. 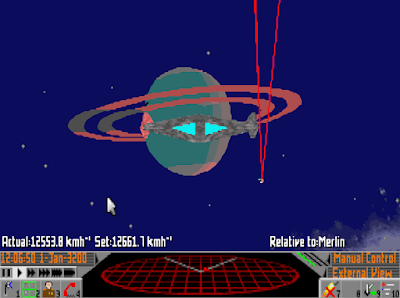 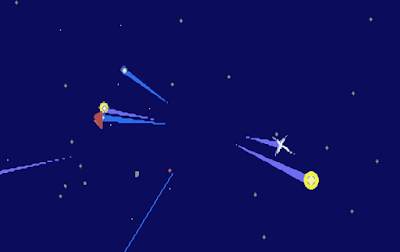 If memory serves, my first Elite run ended in similar fashion - blown out of the skies by some bastard who really should know better. 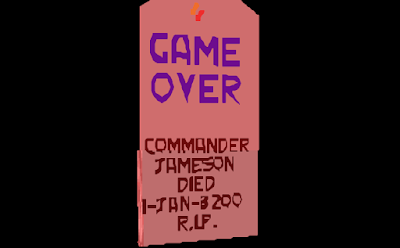 Come to think of it, my entire Elite emulation experience went in a similar fashion - find a community dedicated to their favourite game, read some tutorials and get everything set up and running for when you do actually have time to sit down and try to play Frontier properly.

But what is 'properly'? I'm in the weird position where I will - or did - gladly play No Man's Sky for tens of hours, maybe even a hundred or more, despite it not having the depth that Frontier has - a game that came out more than twenty years before it.

However, give me too many options to chose from and I'll freeze, not picking anything. "I can do anything, you say? I'll just... drift over there... thanks. Just gonna turn my ship a little... Oh, that's a pretty planet. How do I get there? Can I go there? I'm not going there very fast."

Put simply, Frontier is what I want No Man's Sky to be more like because I can't play Frontier anywhere near as well as I can play No Man's Sky. Is that some kind of first-world problem? Maybe it is. Maybe I grew up in the wrong decade, and all the gaming skill I need for Frontier was never learned in my formative years, to be replaced with button mashing my way through corridors.

Space is indeed the final frontier, and I'm in no shape to conquer it in the form of Frontier, but damn do I want to. I'll ferry your cargo. I'll ferry your passengers. I'll fly them into the sun, I don't care, I can do anything! Just as soon as these controls make more sense, and my patience holds...

You really should try Frontier some time.

If you didn't pass the copy protection, the in-game space police would impound your ship, permanently grounding you.