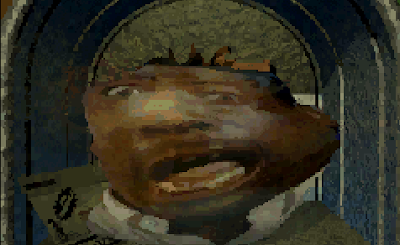 That was more or less my initial reaction upon seeing Return to Zork in the list, before tracking it down and seeing that, no, actually we're not going back into the realm of text adventure, but are witnessing its evolution into point and click.

Though we've done a few point and click games already, so I guess we're seeing the Zork series evolve into point and click... such an important event that the developers have gone all out with their graphics budget to show it. 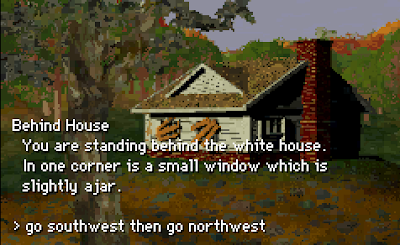 Look at that. A nod to the first game, from 13 years earlier, within the first minute of this game. The rest of the game can't look this good, can it? 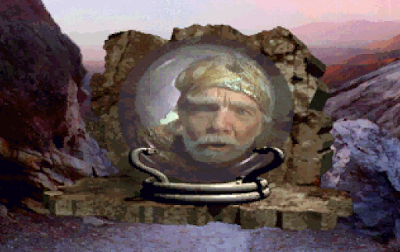 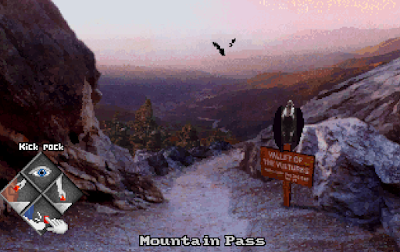 It would appear so. Return to Zork wants you to know early on that it cares about what it shows you, with a mix of digitised actors and lovingly created backgrounds, which appear to be part photo, part artwork.

I've no idea on the plot of Return to Zork, but its gameplay has you clicking around the screen, preferably on interactive items, upon which a contextual menu will appear and give you options for what to do. If it seems familiar, it's because it is familiar (certainly these days), but your options can feel greatly expanded compared to other games.

Once you remember you have a knife in your inventory, for example, you can set about cutting vines to use as ropes to lash around planks of wood to form a makeshift raft to float down the river into town. Why would you want to do that when there's a perfectly safe - albeit apparently absolutely impassable - road to town? 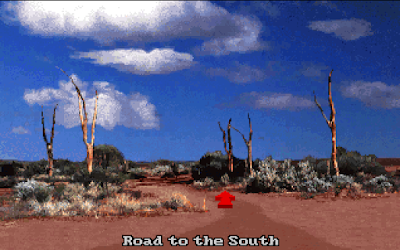 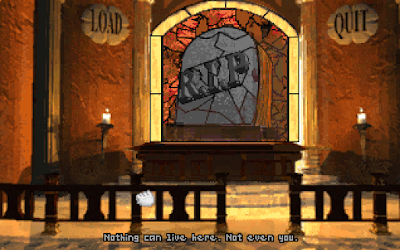 Because death is everywhere in Return to Zork. Not only death, but failure, and not necessarily obvious failure either. There is an item, a plant, on the very first screen of the game that is required to make progress through the story. So you pick it up, right?

No, no, of course not. If you pick it up now, all you'll have is a dead plant, and you need that plant very much alive in order for it to be useful later on. How are you supposed to know that? By bouncing your head off the desk, I would assume. 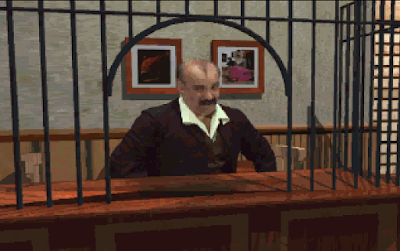 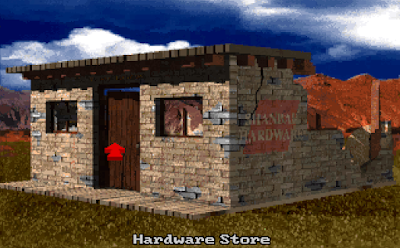 Return to Zork just wasn't appealing to me. The first town you come across is run down and falling to bits, with a Mayor who seems a bit oblivious to it all. That's fine, that's a bit of character and backstory and all that malarky. Makes the place feel lived in and memorable... Shame half the doors are shut and nobody interesting is home to answer them. 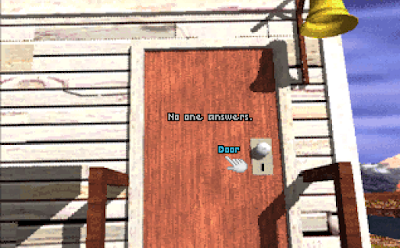 How long do you mill around town, hunting for a trigger to speak to a new face before calling it quits? For me, I didn't even get as far as the copy protection quiz, and that's saying something, surely. 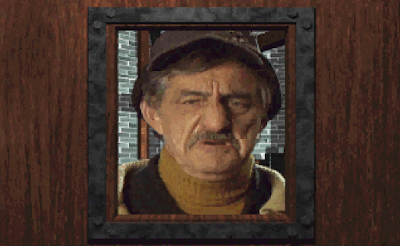 I watched Return to Zork instead, and it has its moments - interesting characters and puzzles and the like.

One guy refuses to take a box that was delivered to his house because neither he nor his wife ordered the bra that is found inside. So it's yours to do with as you please, and it turns out you need to incinerate the bra in order to get the wire within - remembering to turn off the incinerator before it melts your face and to douse the wire in water before it burns your fingers. A noteworthy puzzle, as you'll no doubt agree, but how would one come to that conclusion? What is its purpose in the story?

I read that the developers didn't want too much hassle and faff like older games had, but then proceed to put in mazes and puzzles which can result in unwinnable games. If that's not hassle and faff, what is?

I can't ever see myself sitting down and returning to Return to Zork, reading what I've read and knowing what I've seen. It's great to look at and see what they've done with the technology available, but when a game simply isn't your game, not a whole lot can sway you otherwise - not anytime soon, at least.

Have a look at Return to Zork. I'll take the text adventures over it, but do have a look for yourself.

Among the actors featured in Return to Zork is Sam J. Jones, of Flash Gordon fame. Yeah, I missed him while watching the game too.