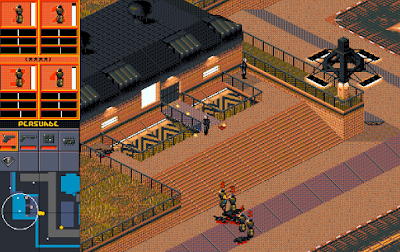 Do you have a business that requires, uh... protection? Do you need some competitors, shall we say... dealt with? Have you got enough funds to construct your own cyborg death squads to travel the globe and brainwash the locals into caring about you and nobody else, using lethal force whenever necessary?

If the answer is yes, then you should probably get your hands on Syndicate, a real-time strategy title that sees you order fully armed rubber coated cyborgs in a variety of missions that will hopefully conclude with your complete control of the planet.

I must say, it sounds like quite the setting, doesn't it? A grim future where business is conducted with bullets and terrorism goes hand in hand with taxation and taking control of the populace. Consider me interested. 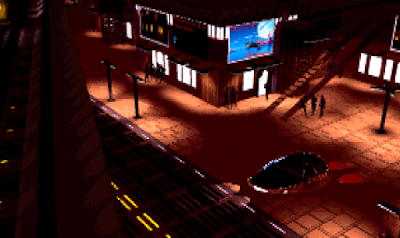 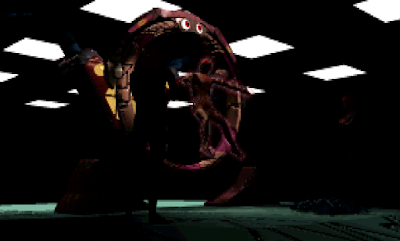 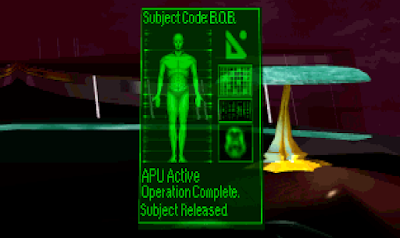 The intro cinematic may be a little dated compared to today's standards, but it does the job in setting the scene for Syndicate. After choosing a name and logo for your titular syndicate, you are dropped into a world that is just waiting for you to jump into it. Pick a region, read the mission briefing, select, enhance and equip your squad and get going. 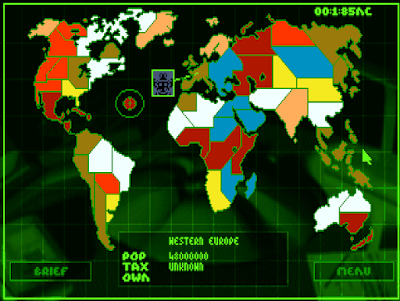 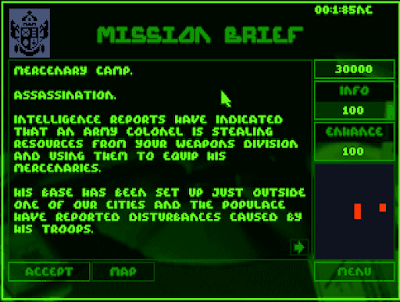 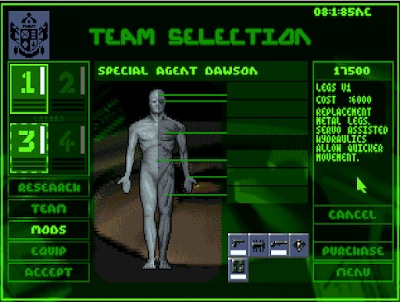 For those of you who haven't played Syndicate but have played something like X-Com, you'll be at home here. You'll need to manage your funds in order to equip your squad with the necessary weaponry and special technologies needed for the missions, but you can also upgrade your cyborg soldiers with better limbs and brains and stuff, a la Deus Ex.

You see, in this future, you can directly control the brains of your minions, to the point where you can introduce drugs into their systems to enhance their intelligence, allowing them to think for themselves and allowing you to safely leave a squad member in one location, ready to act when they need to, while you take the rest of your squad further into the mission. 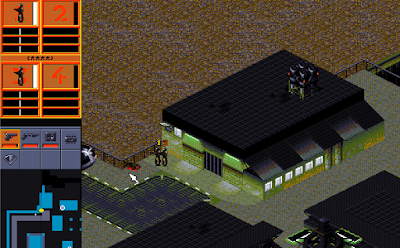 While it sounds cool, I found it irksome to use, to the point of not wanting to delve into my squad's brains in order to enhance them mid-mission - and yet it is kind of the point of the game. It's on the HUD for a reason, after all. There's even a kind of addiction system, where if you use too much of a good thing, you'll be required to use even more of it to get the same effect in the next mission, and the mission after that.

Assuming your soldier survives, that is...

Death is, of course, permanent in Syndicate, so you'll need to be careful to some extent, and 'recruit' some reserve units when - or even before - you need to. 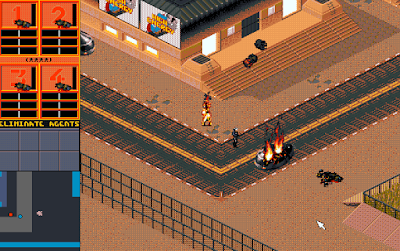 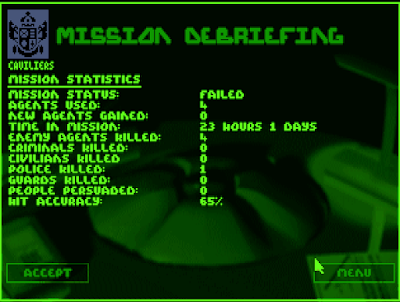 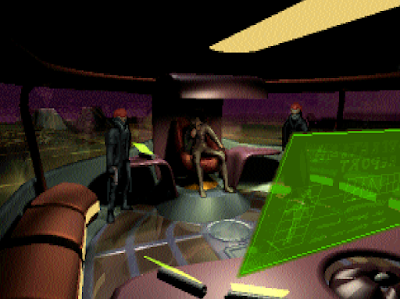 I didn't get too far before running into a failed mission, as you might expect when I willingly ignored key aspects of the game because I found them fiddly. In this case, I was tasked with wiping out all the rival syndicate cyborgs in the area, and it turns out they like to self-destruct, and love to self-destruct next to very destructible vehicles. 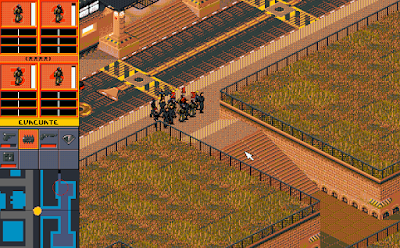 But Syndicate itself is fun. It may look a little empty and brown here and there - the art style is unique, I suppose -  but the idea of Syndicate is cool.

The ways you can approach a mission are limited largely by your imagination, and your success can be determined by your load outs, whether you've researched enough new and useful weaponry, whether you took enough tax from your conquered regions in order to fund all your missions and research in the first place, whether your squad can find the path around a building before getting shot by the police...

There's so much going on - or there could be. While it is real-time, it is a game that focuses on strategy, rather than accuracy or reaction speed. You can blitz through missions, or take a more leisurely approach to them. It's a bit strange to see a simple mission take 8 in-game days to complete, but you don't focus on that - you've a minigun to research! You've a country to invade! You've got rivals to splatter all over the road!

Syndicate is so different to anything I can recall, yet, as I say, so similar to the likes of X-Com that you probably won't be too overwhelmed by it. It's well worth the time to try, and one that I should get back to at some point - I need to... 'tax'... some people...