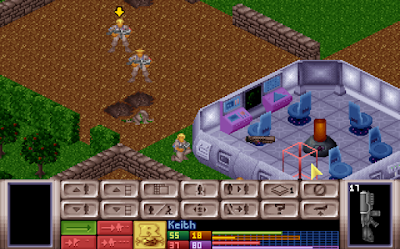 Did I mention Laser Squad was like X-COM back when I wrote about Laser Squad? I must have. I don't like going back over old posts unless absolutely necessary - probably because of all the typos I'd find - so I'll assume that I did mention the similarity.

It's an obvious similarity, really, when X-COM: UFO Defense, or UFO: Enemy Unknown, is essentially a sequel to Laser Squad - if not in terms of plot than in terms of gameplay. That means equipping your soldiers (or forgetting to) and carefully heading (or blindly running) into dangerous, alien-infested territories, only this time we've got global politics, base building and resource management to deal with as well.

Say hello to our squad. Say goodbye to half of them...

I have been looking forward to playing X-COM for a while now, and not because I wanted to play this mid-1990s title before diving into either of the recent reboot titles, which I've picked up and subsequently not done anything with yet - not even installed them.

Why I've wanted to play it so much I'm not sure about. Maybe it's the theme, maybe the idea of permadeath, maybe it's the turn-based, time management aspect of the gameplay. Whatever it is, I fired it up and set up my base where it seemed appropriate - London. 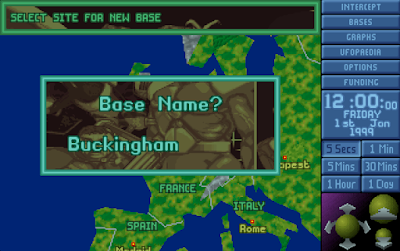 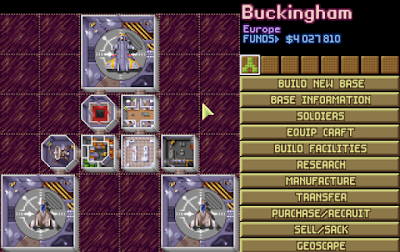 With modest living arrangements for my nameless scientists and soon to be renamed squad of human shields, Base Buckingham was the hub for my defensive efforts. X-COM sees you manage nearly all aspects of your base, from building new bits of it, filling those bits with research to aid you in the fight, stocking up on weaponry and personnel, and keeping your financiers happy by keeping the alien threat at bay.

It is, essentially, a business simulator at this point, only your business is in running a military base that exclusively deals with extraterrestrial threats to the planet. Sounds great, right? Damn right it does, and one of my first executive orders - after purchasing enough weaponry to arm a small country -  was to research Medi-Kits. We're going to need those Medi-Kits. 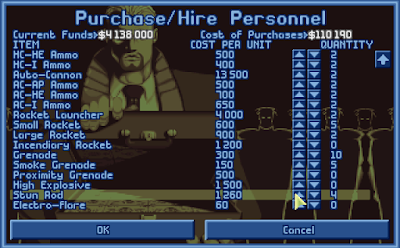 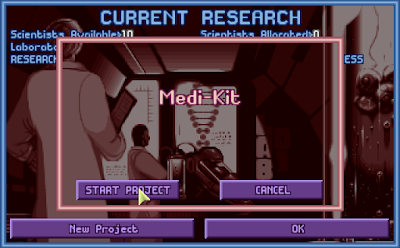 But everything takes time in X-COM, so while waiting, it's probably a good idea to get to know the squad you're about to send to their dea- ooh, no, alien threat! 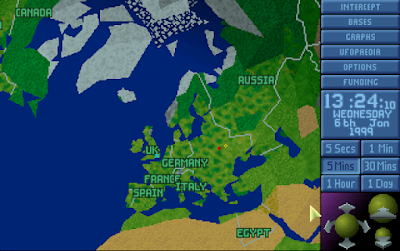 Never has a little yellow blip tracking a little red blip ever been so enthralling. The alien menace eventually landed down near Spain, if I recall, with my new recruits eager to do a good job on their very first mission. 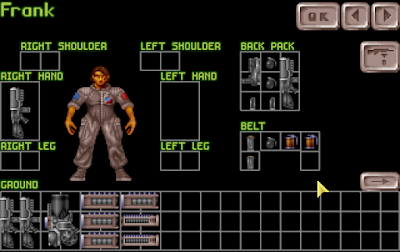 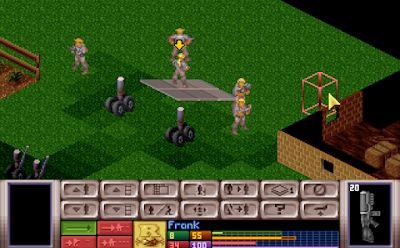 Heavily armed, it was time to play the meat of the game, the turn-based puzzle that is 'where to move and what to do with the absolute minimum number of time units'.

Ah, time units. I can understand the inclusion of something like time units, but there doesn't appear to be an obvious thing that I can relate them to. By that, I mean that while I can see how slow lumbering squad members can take longer to perform a given action, I can't see it in the context of their surroundings.

Everyone on your books will take as many actions as you want them to take, providing they have the time units to do so before the aliens take all of their movement. That's fine, but I found myself pointing to the spot where I want a soldier to go, somewhere in the middle distance, only to see them waddle half way there - if that - before running out of time units, leaving them stranded in the open like a sitting duck.

Luckily, the aliens didn't want to approach me too much on this first mission, though when they did... 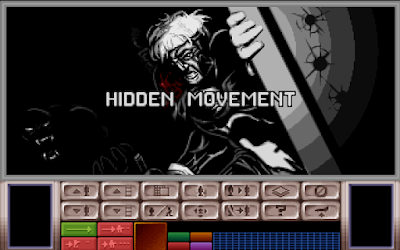 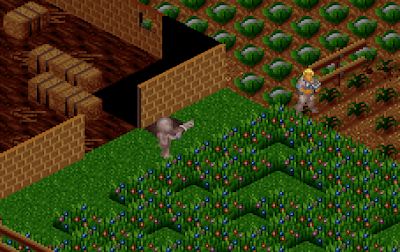 X-COM cannot be taken seriously when you're rookies couldn't hit a barn door five feet in front of them, while their opposition very much can. While my squad weren't dropping like flies, they were dropping too quickly for my liking. 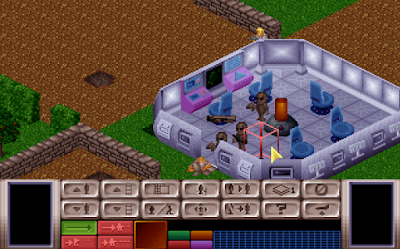 To be fair, some of it was my fault. Clicking on your weapon will give you a number of options which, thankfully, come complete with their chance to hit, as a percentage, and the number of time units it'll take to complete.

There's also a throw option. It does what you think it does. It throws the grenade you have attached to your belt. Oh, no, wait, it throws the rocket launcher you were carrying, right into the middle of the alien ship...

Still, while I lost a valued squad member, I gained valuable intel - there are aliens here!

Surrounding the front door I waited for the aliens to emerge and promptly wiped them off the face of the Earth, completing my first mission with only one injured squad member. And three dead ones. But it's a result! 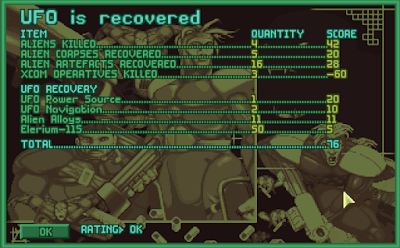 Missions can have a variety of goals, including the capture of aliens for study, or the selling of their technology and resources for a much-needed cash injection so that you can balance the budget a little more.

If your squad does particularly well, they'll get better stats and rank up. Why I was the only soldier to rank up I don't know - I wasn't being particularly favourable to myself. Still, I'll take the experience and newfound abilities into the next battle, where I'll no doubt walk into an unseen foe and explode. Such is X-COM. 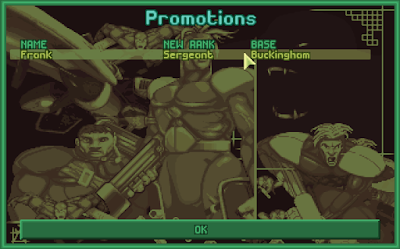 X-COM, or UFO, however you are aware of it, was pretty much exactly what I thought it would be. I knew I'd prefer the boots-on-the-ground side of the game more than the global overview of Base Buckingham, but I didn't expect it to feel so slow.

There are options to increase the speed of the game, which helped, but those time units early on really got in the way of my fun. If I knew how far I could move before committing to a movement order, I might have had a better time. I suppose it comes with practice and time, but running out of time units when all you want to do is run across a field while an alien gives no shits in a barn can get annoying.

The base building is really in depth, to the point of feeling like work. I don't know how far you'd get through the game by ignoring most of it, but I can't imagine it'd be far. That means that if you're into X-COM, you're probably going to need to be really into X-COM to get the most out of it.

Still, if you're not that into it, try it out for the laughs. Your troops will die, don't worry about that, just go and see what situations they can put themselves into before they do. You might be surprised at how many stories can be told.

Some might say that the game shipped with a major bug where the difficulty level would always rest to Beginner after the first mission, without the change being noticeable by players. It would lead to the sequel being perceived as much more difficult, and wouldn't be fixed until a fan-made patch did the job.