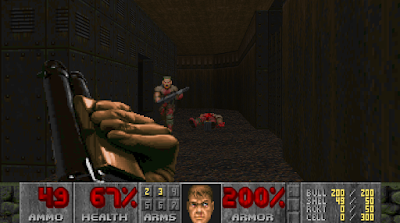 The differences between Doom and Doom II: Hell on Earth are slight but mighty. Episodes are replaced with a single story, still retaining the rambling level designs of the original. New weapons join familiar faces with expected results. Enemies return from Hell, or whatever Hell analogue they came from, to wreak havoc upon your person, often from hidden alcoves opened without your knowledge from behind.

It's Doom refined, and once again I'm going to play it through the Doomsday Engine. 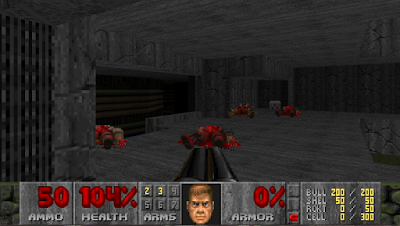 Doom II loads to an identical menu that nobody pays attention to before triggering those chunking mechanical sound effects that accompany the 'New Game' selection. You just want to get right into the game, the screen dripping away to reveal the next part of Doomguys tale.

Once in, you'll be familiar with the way everything works because everything is the same. Controls, movement, look and feel; Doom II might as well be an expansion, not a sequel. If the enemy is in the middle of the screen - somewhere, anywhere - your shots will land on target. It's not realistic, but it's Doom, and we're still working out the whole look up and down thing. 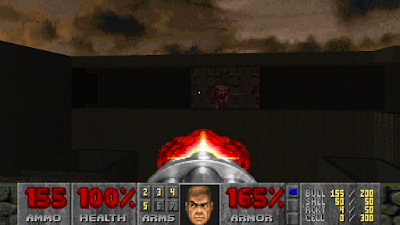 The levels on display continue the trend of having more of a maze-like layout than a corridor, ensuring players have to explore what lies beyond every door, unlocking sections of the map one after the other through the use of coloured keys and switches.

Sometimes it's a little bit of a puzzle to figure out, other times it's more like a shooting gallery with a door at the other side, but whatever you're doing, it feels like more time and attention has gone into these levels than the first game.

I can't quite explain it, but sometimes Doom seems like a proof of concept, or tech demo, and Doom II the final piece. Strange when there isn't too much difference between the two, especially on the surface, but that's the vibe I get. 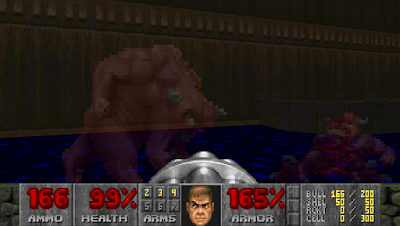 Doom II was what I expected and then some, but that also meant the expectation of that wobbly run bringing out a bit of motion sickness in me. It must just be me. I'm a little queasy with PlayStation VR, I'm absolutely hurl inducing with The Unfinished Swan, and now I can safely say that too much Doom will start to push me over the edge too - not to the point of puking, by no means, but to the point of clearly knowing that enough is enough for this session... 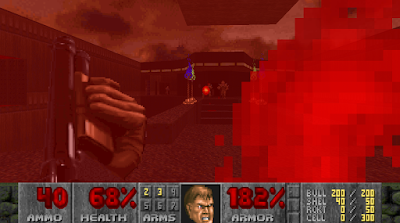 I've not completed either Doom title so far, but I'd lean towards completing this second entry first, simply because of the satisfaction I get from everything that was tweaked and improved upon. Chief amongst those improvements is that double-barrelled shotgun, which is a beauty to wield. 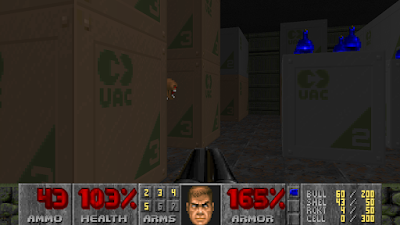 Doom II can be thought of as Doom+, perhaps, but it can stand alone and give you just as much entertainment. You don't need to have played Doom unless you want the story, I guess, but these games don't do cutscenes or journal entries, so there's really no point in caring too much about it.

Today, you can emulate it in a variety of ways, with Doomsday Engine standing out for me, with its tweaks and updates that can be adjusted to your liking. 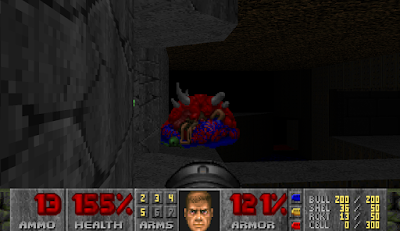 Because Doom was only released via mail orders, Doom II was the first commercially available Doom title - even making it to shelves before the updated Ultimate Doom brought the original game to customers.