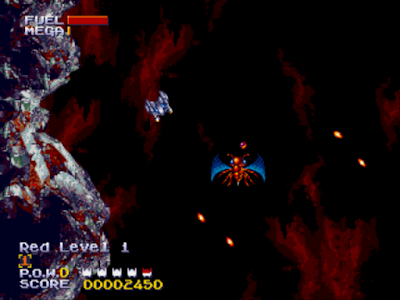 To say that if you've seen one gravity and thrust physics type of game, you've seen them all is to have not seen the many ways developers can think of making that concept even harder.

If it's not fine tuning the physics, it's sticking players inside narrow caves that require great precision, lest they get blown up by the walls. If it's not giving them shields to cope with the tight spaces, it's then adding in enemies that need to be shot before they shoot you.

But that's not enough for Sub-Terrania, as it adds a bit of a plot, rescue missions, refuelling, and even some physics puzzles into the mix. All of that while you delicately balance your inputs, because a single mistake can be costly.

Sounds like I won't get through an awful lot of this game... 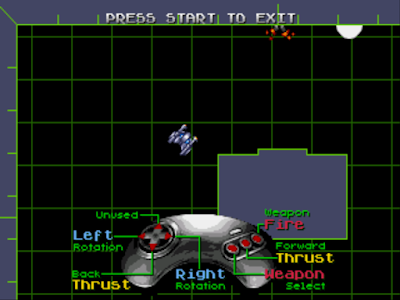 As daunting as it might sound, I found Sub-Terrania to be alright, at the very least. I'm sure the free practice mode played its part in my positive reaction, which allows you to get a feel for the physics before you're dropped into a mission. Those physics apply to both your ship and your shots, so it pays to practice. 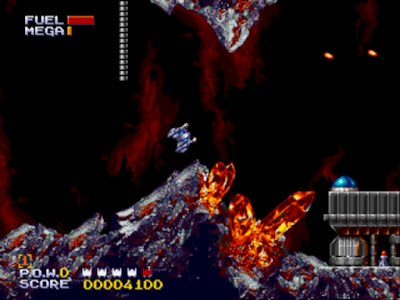 Each mission begins with a full-screen map and a list of objectives, and you'll not be able to complete only half a mission. Generally speaking, objectives require you to either pick something up - be it prisoners of war or a component for an upgrade to your ship - and then get back to the start point unscathed.

You might also be shooting things, destroying things, or even picking things up with which to destroy things using the things themselves. By that, I mean one level calls for you to dangle a mirror from your ship in order to deflect an enemy laser into a reinforced wall, and then into itself to destroy it when you've finished. I don't know how easy it is to control a ship with a giant mirror swinging beneath it because I only got that far while watching, not playing. 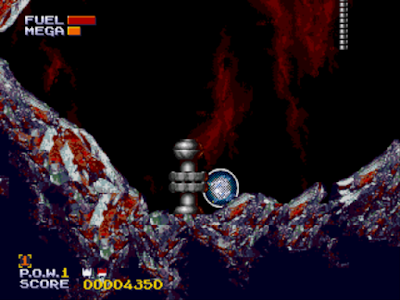 My play time, when not spent bouncing off the walls, was spent getting stuck in the walls, depleting my shields and blowing up. I got the odd mission requirement done and completed the first mission, but I really should have spent a lot more time in the practice mode in order to make more progress.

Sub-Terrania, and games like it, almost demand that you commit yourselves to the game up front. You can't casually play Sub-Terrania, no matter what difficulty mode you're on. It's just not that kind of game, 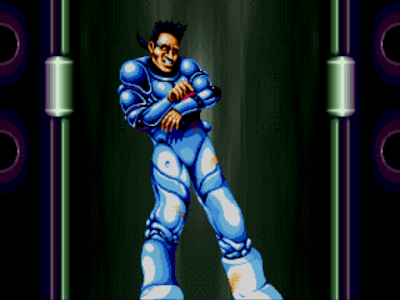 That's a little bit of a shame because the music and sound effects are top notch, and later missions really start to look unexpectedly impressive when compared to the opening few missions.

Sub-Terrania is not too long, but it's demanding, and you'll need the steadiest of hands and a determined attitude in order to really get the most out of it, which pretty much rules a lazy old sod like me out.

If you're up for a challenge, take some time out and see how far you get with this one. May the inertia be with you.

Developers Zyrinx were founded by Danish members of the Amiga demo scene, notably including a young Jesper Kyd. That'd be why the music sounds pretty good, I suspect.