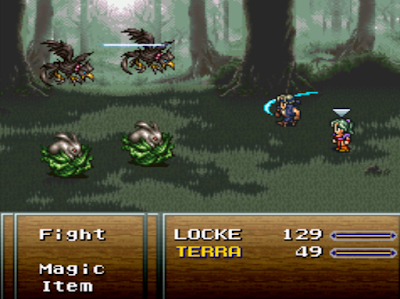 Well, I didn't play too much of either Final Fantasy VI or the Final Fantasy X demo, probably because a tonne of other games were out, all far more advanced than a port of a SNES game from the mid-1990s. I was definitely not the kind of gamer who cared too much about the past back then.

Fast forward to today, and I've got to revisit this game for the 1001 list. Knowing what I know now, I wonder what I'll think of it this time around... 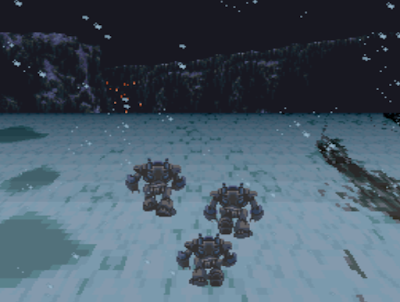 Unlike my first time with this game, I'm playing the original SNES release of Final Fantasy VI, obviously released to the west as Final Fantasy III, and it's still quite a looker. I keep forgetting just how much the SNES could put out, and the developers seem to have made sure to make the most of the technology with plenty of effects used throughout the introduction. 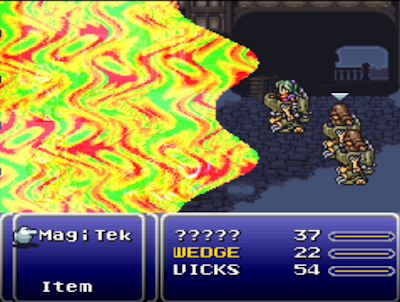 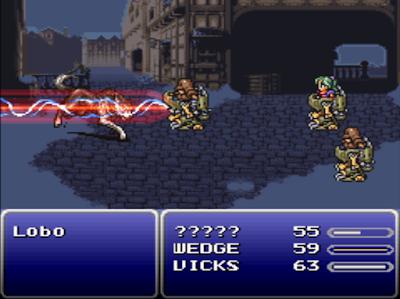 I don't know what the story is, but you begin by playing with overpowered mechs in a world where magic is considered bad and rapid industrialisation and goddamn mech suits are considered good. Except that the first town you see hates us, so that's no good.

Something happens to our amnesiac heroine, ?????, and soon she is free of her mind-controlling slave crown and must escape her pursuers through the caves, with the help of a treasure hunter/thief called Locke and some Moogles. 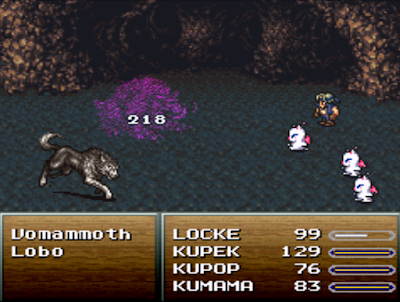 After that, the shackles are off, and the whole world awaits you. 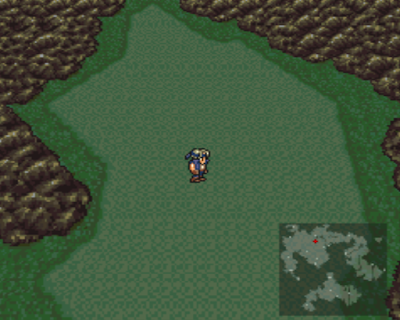 If there's one thing I hate about Final Fantasy titles, it is the lack of signposting. 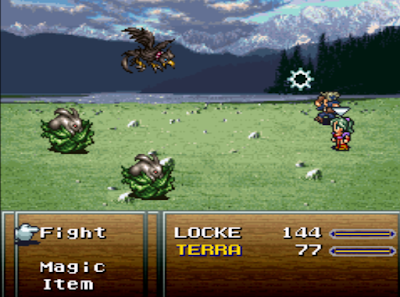 If there are two things I hate about Final Fantasy titles, they are the lack of signposting and the necessary evil that is the random battle. Ugh. The random battle. Almost immediately a sweeping story gets replaced with rabbits coming out of cabbages every ten paces.

It grinds, it grates, and it's hella frustrating when you just want to get somewhere to progress the story (that I still don't have much of a clue about). At least you can run away by holding down both shoulder buttons. Or attempting to run away, at least. 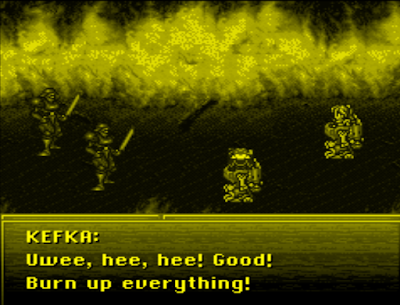 Eventually, after a flashback, we learn a little more about the world and its inhabitants, before being left to our own devices once more. Our mission? To... uhm... nope. Not a damn clue.

I was free to roam about the castle and did until I got bored and wanted to move the plot along. But I didn't know how, so I went out to the overworld and tried to make progress out there. Which I didn't. After dead ends and too many random battles for my interest, I quit. I was out of there. 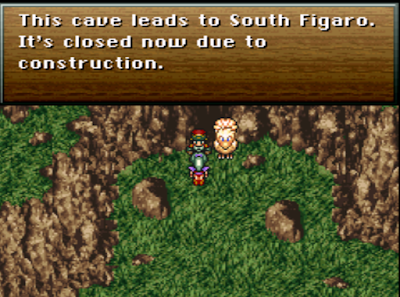 Turns out that I hadn't explored the castle enough, and thus didn't trigger more flashbacks and cutscenes and plot. Well, now I know for next time. Will there be a next time? For a game that takes some 35 hours to get through the main story? No. No there won't be a next time.

I know for a fact that I got further in my first attempt at playing Final Fantasy VI than this one. Having watched a speed run, I know for certain that I didn't get a whole lot further - somewhere in a mountainy, grassy region with a boss and another party member or two. I can't recall, even having watched it again.

But then, like now, I was playing it in a time where it was an old game. An old game whose time had come and gone, and I was interested in better games, from genres more to my liking.

With signposts, and maps.

My grumbles and bad experiences should take nothing away from the fact that Final Fantasy VI is an almost guaranteed 30-40 hour game on the SNES. I can imagine playing Super Mario Kart for 40 hours, but that's mindless. This is a game that requires you to pay attention, manage your party, maximise your attack strategy and more. For the RPG fan, there's plenty of RPG content on display here.

But if that's not your bag, it never will be. Whether touted as a great or remade for modern consoles and mobile devices, if you're not in the mood for tens of hours of a single game, then you're not going to get far here. I, like most games on this list, want to see the story at the very least, but playing it is going to require quite the change of heart from me.

The controls are fine, the graphics are great, the music is iconic, the story is an epic tale... if that's what you want, fantastic. In a different format, it might be what I want too, but as it stands, Final Fantasy VI is a game that came to me at the wrong time, and could never overcome that.

But I do like changing the text box backgrounds. 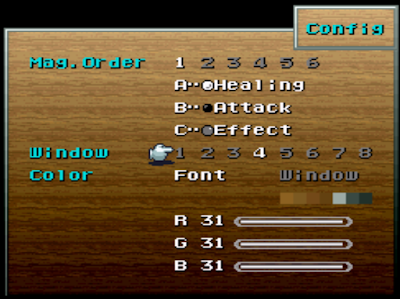 Many examples of censorship/localisation for the Western audience includes covering up nudity, replacing bars with cafes and altering an instance of 'Son of a bitch!' into 'Son of a submariner!'.