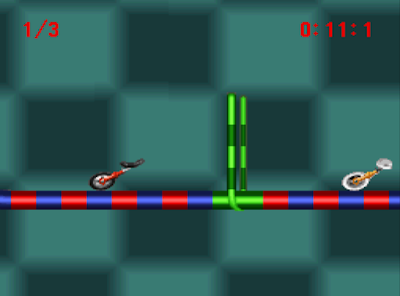 "We need a racing game."
"Yeah!"
"Like, a fast racing game."
"Definitely!"
"And it'll be based on anthropomorphic unicycles speeding along floating tubes."
"Yeee...uhh... Sorry, what?"

And that's how Uniracers was born. Probably. I wasn't there, I don't know.

What can be said about a game where you race unicycles along floating tracks, pulling off tricks to get necessary boosts of speed?

At its simplest, you pick a direction - preferably the same direction as the direction of the race - and you hold it until you've finished. You might have to switch direction every few seconds, depending on the track, but that's what racers generally do. Sometimes you go left, then you go right again. 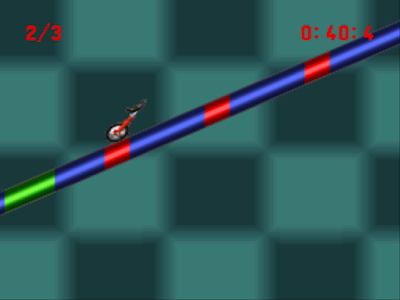 That'd be boring though, so in order to get the most out of your unicycle, you have to jump and pull off tricks, mainly of the rotational, twisty kind - there's only so much a unicycle can do, after all, even if fully animated beforehand. 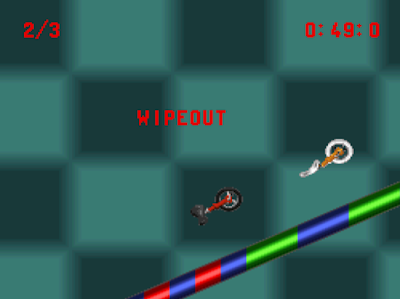 The smoother your landing (i.e., don't wipeout) and the better your trick, the bigger the boost of speed you'll get, and you'll need every tenth of a second in this game. Really. 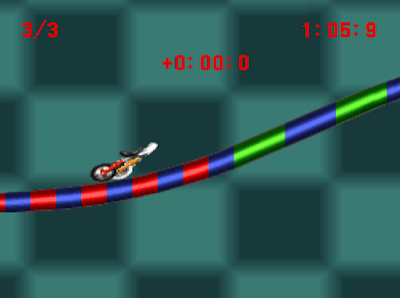 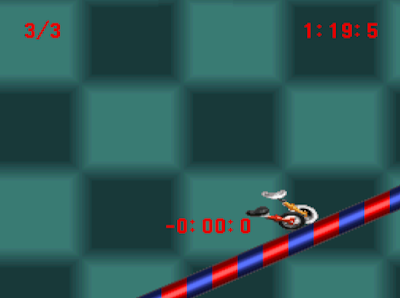 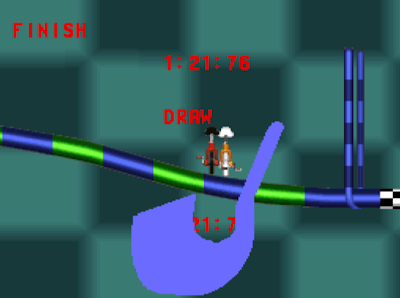 Races can go by pretty quick, even on the slowest speed of difficulty, and generally follow the pattern of crashing a lot on lap one, remembering where you crashed on lap two, then managing to complete a clean enough lap on lap three before finishing.

There are variations of course, not just in track design (some involve lots of jumps, others lots of changes in directions, others have track hazards to slow you down and so on) but in competition type, with Stunt challenges being the main alternative. 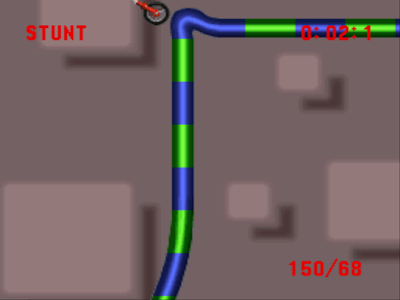 Instead of racing, you are trying to land the most amount of tricks you can in a limited time frame, with the bigger tricks counting more towards your score, so that you can't just spam the flip over and over. It's a simple little break from racing. 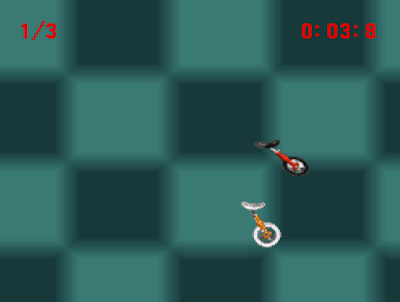 But there doesn't appear to be much more to Uniracers than that. There might be, on higher difficulties, after you've progressed through the challenges, but I got bored before that point.

Races can sometimes feel like you're on autopilot, and the track is doing all the work for you. There are times where the track was barely on the screen at all, even when you're not flying through the air, which doesn't quite help sell the idea that I'm in control. 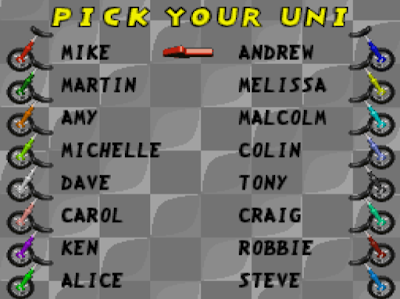 Your opponents can catch you up without doing any tricks, despite there being no apparent difference between you two, beyond name and colour of unicycle. 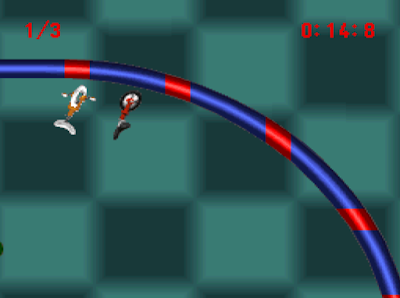 There's a certain charm to Uniracers, I guess, but I'm not hooked on it. I haven't done the best of jobs at showing off the different backgrounds, and still images can never do this game justice anyway - you've got to see the game in motion to know just how fast paced it can feel.

It shines in multiplayer, but if you thought you couldn't see where you were going and what was coming up with a full screen to look at, having only half a screen, minus any overlays and timing information, can feel even more restricting.

Having said that, you're then both at the mercy of not knowing what's going on in a game where every split second counts. With both players fighting for track position by flipping and twisting at every opportunity, there will come a time where you have to decide for a risky trick to get an advantage, and it may only take one wipeout to cost you the victory - and wipeouts aren't even as drastic as they sound.

Races last a minute or so, making Uniracers a neat little pick-up-and-play title, especially for multiplayer, but for all the slick animation and sense of speed that is on display - Sonic levels of speed - it can feel a bit barren in places.

It's in a weird place with me. It's fast, it's fun, but five minutes later I've had my fill. Until the next time, but only if someone wants to fire it up. Is that a recommendation? I think so. 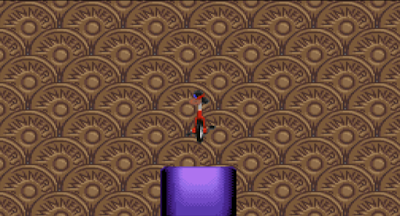 As a result of legal action with Pixar (who had previously done a short film about an anthropomorphic unicycle), only the initial run of 300,000 copies of Uniracers was ever sold.