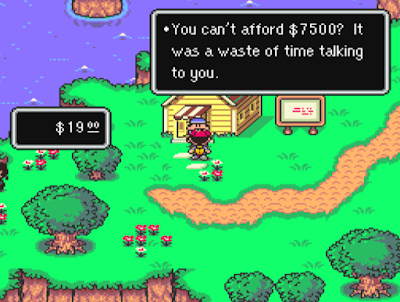 For the longest time, I avoided playing EarthBound largely because I knew it was the English version of Japanese title Mother 2, and knowing that it was a translated sequel somehow meant that it's safe to ignore.

What a dumb thing to think.

For starters, a great many games are English versions of Japanese titles, and still, I play them. Then there are games whose sequels don't rely on prior knowledge of the series in order to play. There are also games with confusing title differences between regions - Final Fantasy VI for example - yet you still play them because of what they are as a single entity.

Yet I had never given EarthBound a second thought, and for that, I'd like to apologise, because it's pretty funky, isn't it? 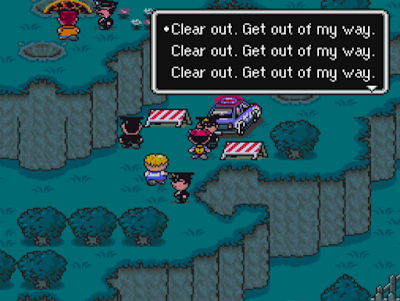 EarthBound sees a meteor slam into the hills above your house, a time travelling fly tell you that you're important, and a grand adventure begin for Ness and his friends. There are items to bring into battle, spells to cast at your foes and many a good time to be had. It even has an option to have the SNES control your combat actions for you, so you don't have to bash the B button so much. 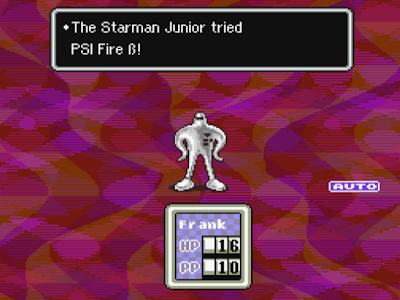 Role playing games hope to immerse you into their worlds. They can do this by detailing every single part of life in this place via the items you can pick up or the people you talk to, but in many games, you know full well that it is a fantasy land, or a distant planet, or a hypothetical future, whether you're absorbed by everything that's going on in it or not.

In EarthBound, you are so clearly a young child in a western culture - though one exaggerated and warped by the perspective of looking at the west from the east - that I couldn't help but smile at it, thinking that a game like this shouldn't have existed in the mid-1990s. 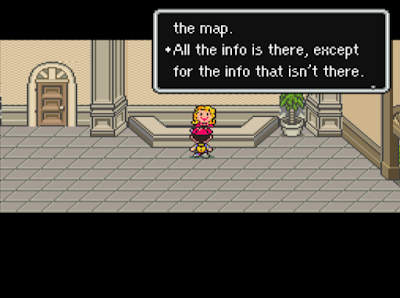 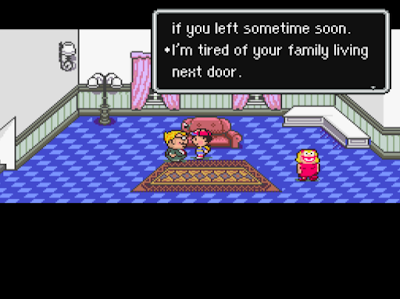 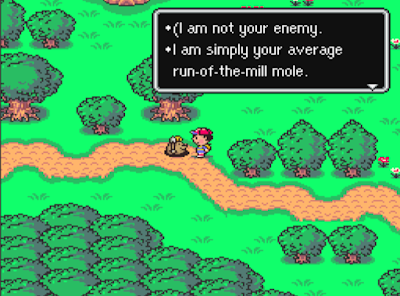 This is the kind of video game writing that I don't associate with games of the early 2010s, let alone games of more than two decades ago, and that sounds absurd when I think about it - like I'm just forgetting about every single instance of witty writing in video games from the past. It's a breath of fresh air for video games, even in a time where there are so many genres and spins on those genres.

I'm struggling to talk about EarthBound right now because the town music won't escape my head, so let's see what happened on my first run through it. 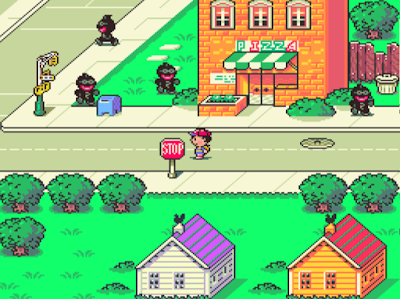 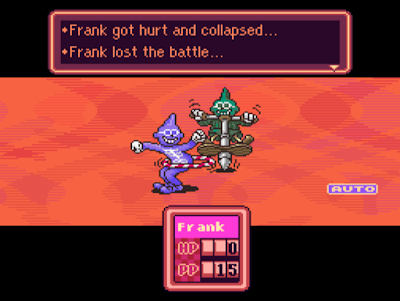 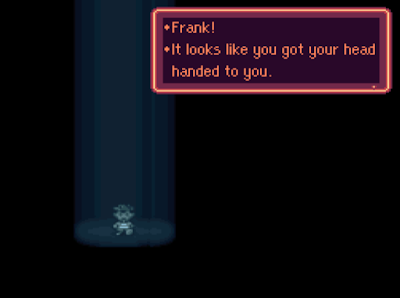 Ah yeah. That's what happened. I walked into the wrong neighbourhood...

After learning of my quest, I journeyed into the town of Onett and got lost - I think that's the best way to put it. I knew where I needed to be, but not what I needed to do to get there, so I wandered around town, enjoying the interactions and the dialogues between the locals. 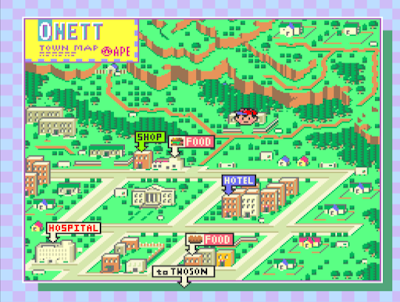 Then I found this guy... 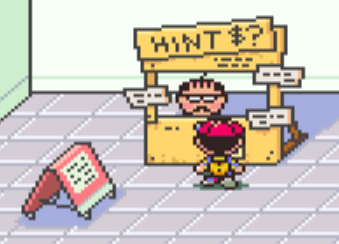 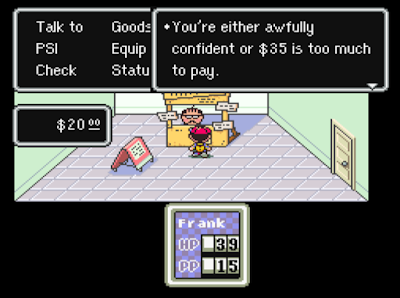 $35 is too much to pay, but even with the Bank of Dad funding my adventures I chose not to enlist help so directly and trooped on... into an ambush of a Pogo stick bloke and a Hula Hooper. Was I lazy to let the SNES attempt my battles for me? Nah. I was simply not prepared, and frankly, it was an obviously bad place to be wandering through mindlessly. I should have approached my targets with more care - one at a time even. A lesson for next time. 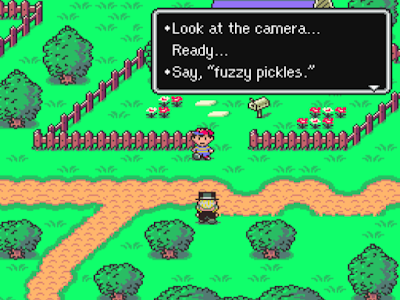 If I was the chosen one, whoever chose me chose poorly. Did I see any of the plot of EarthBound in my brief foray into it? Hell no. Do I want to? Hell yes.

I'm going to have to seriously consider where EarthBound ranks when compared to The Legend of Zelda, for one pretty big notable example. They are very different experiences but are really bright and cheery and approachable and I simply must get further in both of them - much further, in the case of EarthBound.

So, after saying basically next to nothing about the game, I can safely say you should play EarthBound. Because of reasons.

No, it plays pretty solidly, it's simple enough to get into, it does things that just make sense. The less faff you have, the more you can explore, and I'm off to explore some more.

EarthBound was supposedly the first RPG that Shigeru Miyamoto had completed - after his own Zelda titles, one would hope...