You're a goal-scoring superstar hero. 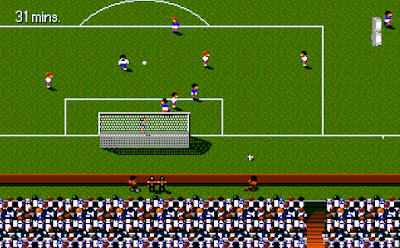 Eleven vs eleven. Put the ball in the other teams net. Football is simple, isn't it? But with that simplicity, you can commit an entire lifetime to perfecting a single element of the game - to become the best attacker, defender, goalkeeper, manager or to get the most out of coaching or captaining. It's a game that requires luck and skill, strategies and risks, and even an understanding of science and data-driven approaches to problems.

Football, the beautiful game, simply has to have video games that capture enough of all that complexity and yet are still as easy to grasp as the concept of two teams kicking a ball around a park. These days the two giants in the genre are FIFA and Pro Evolution Soccer, but before those series' were yearly entries that captivated millions of gamers all over the world, there was another series by the name of Sensible Soccer.

After a few years of simple soccer titles, Sensible World of Soccer was released, bringing more detail than I bet you could imagine. It's 1994, and you're about to load up a football game with around 27,000 players from 1,500 teams. And it's not a FIFA game...

Let's blow the whistle for the kick off. 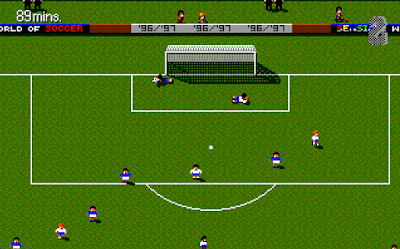 I'm playing Sensible World of Soccer 96/97, with some updates to the gameplay over the original Sensible World Of Soccer title, but that core gameplay remains the same. From a single top-down view, you control your team with the simplest of inputs, which include movement, passing, shooting and tackling, and they're all on the same button. Apart from movement, obviously.

That's it, that's all you need. If you know how to win a game of football, go ahead, have fun. But if you're one for micromanaging your team and your tactics, rest assured that you can do just that here, subbing players, issuing commands to be more offensive or defensive, changing the formation completely to just fine tuning it. Sensible World of Soccer has what you need, and then another layer on top of that. 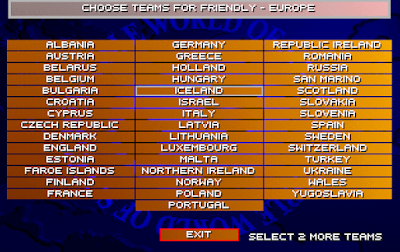 Teams come from all over the world, and you can play as both national and club teams. Some countries have multiple leagues' worth of club teams to choose from, so depending on where your local team was placed in the 1996/97 season, you might find them in here to play as.

If not, you can customise teams as well, renaming players and recolouring kits as you please. The depth on offer for the hardcore football fan is excellent. 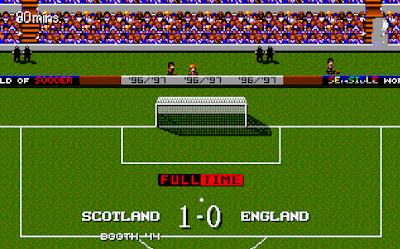 But boy is it a tough game sometimes. Most times. Maybe just me, but it's not an easy one to get into - certainly not compared to modern titles.

The pace of play is quick and hectic, even when you adjust the match length to your liking. The players on the field can act more like schoolboys than superstars as they all sprint with the ball, hoof it up the pitch with little to no aim beyond getting it away from their goal, and generally act like nobody has taught them what tactics mean, let alone taught them any actual tactic.

That isn't to say it's outright chaotic though. It's a bit frantic, a bit arcadey, and that's why it appeals to many, even to this day. 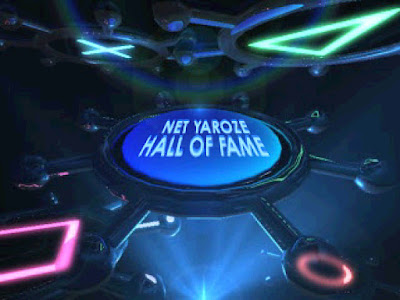 My first experience of a Sensible Soccer-like game was on the greatest demo disc of all time, OPSM UK's 42, which contained a collection of Net Yaroze titles for the PlayStation. Independent video games coded by real people, as opposed to these mysterious developers in their mysterious studios.

Top of the list was Total Soccer Yaroze, complete with not-at-all copyright infringing names for a huge number of teams, complete with kits and formations and everything you'd expect from a Sensible Soccer homage. 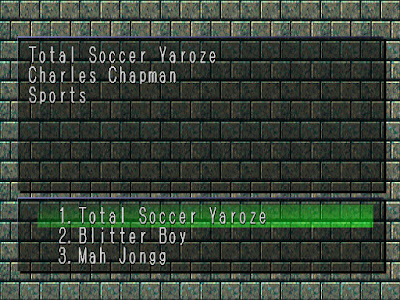 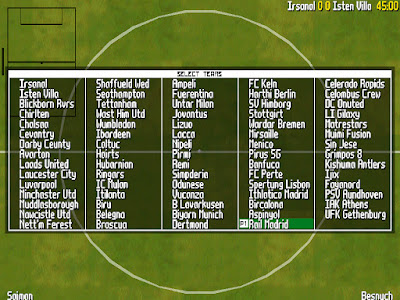 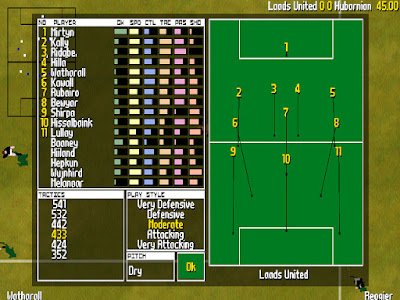 Gameplay is greatly improved, personally speaking, with players much more controllable, yet it is still demanding. The CPU is just as ready to kick your arse, and it'll take a bit of time to get up to speed with the slick as ever pace.

Both Sensible World of Soccer and Total Soccer Yaroze can be played with some thought, working your way up the pitch, side to side, exploiting space, or it can be played by booting it in a straight line down the centre until you hopefully score. 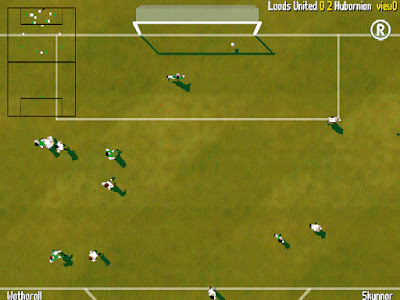 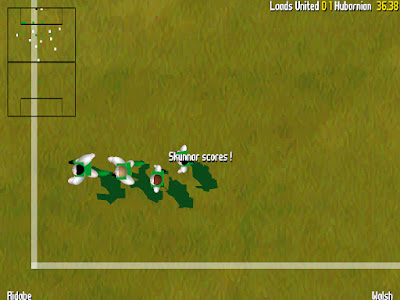 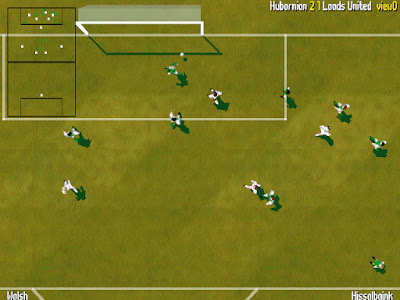 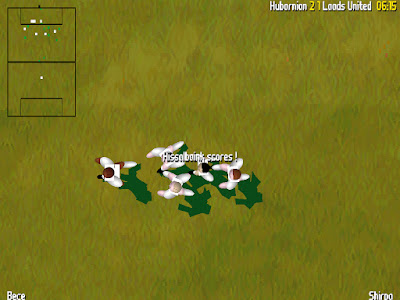 I happened to lose every match I played this time around, no matter the game, but I'm sure that's just because I've not yet transitioned from the likes of FIFA and PES yet. It'll take some time to understand the little details, to find the best formations and get some good ball control going on, and because that's all done with a minimal amount of inputs, anyone with a vague interest in football can get off the bench and get playing.

It's not going to offer any plot or player emotion, nor are there any opportunities for tricks and showboating, but for what it offers - which is much more than you might think - Sensible World of Soccer is an excellent title for football fans.

If you're not a football fan, there's not going to be anything here for you, but there's always enough for a quick match against another player of equal skill (or lack thereof), where what goes on outside of the monitor lends as much to the experience as that which takes place inside it.

A twenty season career mode includes the option of buying and selling players, as well as developing your managerial career with job offers from other teams.