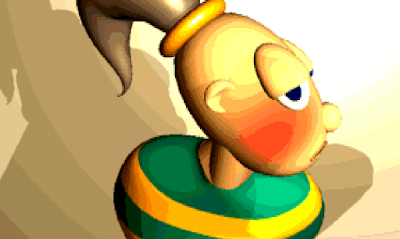 Not for the first time in this endeavour of mine have I had absolutely no idea what a game was before playing it, but that's getting increasingly unlikely these days. For the moment, though, games of the past can still surprise me, and Little Big Adventure surprised me.

It's 1994 and from the overactive imagination of the French comes a story - an adventure, if you will - of a lowly hero escaping from a police state to save his planet. 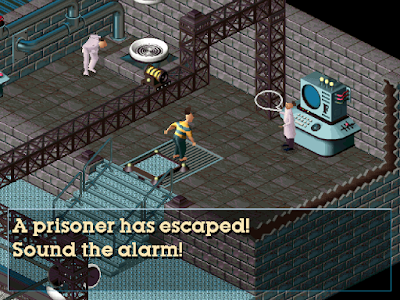 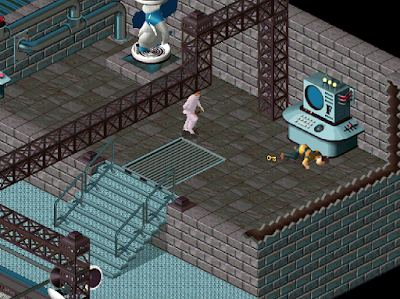 Nnnnope. Nopeddy nope nope. Nope. No, I am not struggling with those controls for any length of time, thank you very much.

Little Big Adventure has you run around - ish - as Twinsen, a Quetch whose nightmares actually foretell the future, yet whose ramblings have landed him in prison. Dr FunFrock has no time for the insane, it seems, and I have no time for the controls.

Forward to move forward, left and right to turn left and right, backwards to step backwards. That sounds manageable. Control to switch between modes, including an athletic mode, an attack mode and a discrete stealth mode. Perhaps a little clunky, but it's one button, it pauses the game while you choose, I'm sure I can cope. Space to interact depending on your mode choice - talk, jump, punch and so on.

It all reads easily enough, but christ almighty when you put it together it just results in utter faff, and that's not what I want when I have to escape a prison as the very first act in the game.

While I took down two of my foes with little trouble - it was cumbersome and untidy, but did the job - I was ultimately set upon by an elephant with a ranged weapon, a blob of some kind, that was an instakill (or more likely a 'do enough damage to finish me off, after having probably sustained enough damage already', but still).

I'm struggling to recall a worse start to a game, on this list or otherwise. Searching for 'nope' would probably do the trick. Maybe I'll start tagging that... 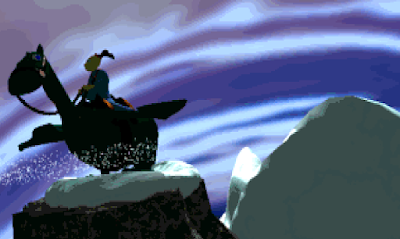 As you have already correctly guessed, I went to YouTube instead, and in the capable hands of anyone who has bothered to get to grips with these controls, Little Big Adventure seems... well, pretty good to look at technologically, but I've tried watching it twice now and have failed to finish on both occasions - even watching a speedrun.

I'm just not gripped by the story, I'm not interested in the gameplay, and while I can say that the voice work and graphics are indeed pretty showy, they alone cannot convince me to try again, knowing my first reaction with those controls.

Was it just that I found them clunky? Slow? Fiddly? Was it that I had little clue what was going on with my actions, bar the odd sound effect, grunt and visual cue? I don't know and I don't care.

With apologies to Little Big Adventure fans, I'm not going to be recommending this one anytime soon, whether it's a pseudo-3D free-roaming masterpiece of its time or not. 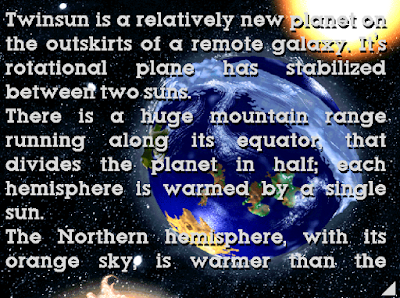 The four races in the game are the Quetch, the Spheros, the Grobos and the Rabbibunnies. Such a wacky bunch that the manual doesn't manage to spell Rabbibunnies like the game itself does.

Are all these facts good? Useful? No, of course not, but that's what we've got for this game.