"Without a doubt the best Mega Drive game there is." 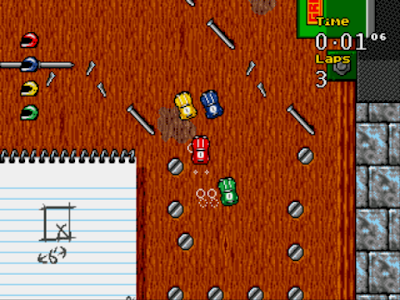 After you've played a Micro Machines game, you can understand why one of them might make a list of 1001 Must-Play Video Games, but to have two of the series make the cut must mean something pretty special.

If the first Micro Machines merely introduced a frantic, fun-filled racer to gamers, then Micro Machines 2: Turbo Tournament perfected it. It looks great, it demands skill and mastery, and you can play with up to 7 other physical human beings on the same Sega Mega Drive.

8 players. 4 controllers. 2 of which are plugged into the cartridge itself. Just what else have I missed from the 1990s? 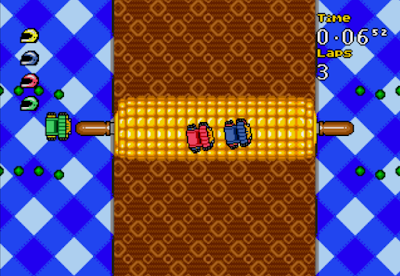 Micro Machines 2 does the smart thing and builds on the original game, adding new modes, vehicles and tracks to satisfy many a gamer's needs for small toy cars hurtling around homemade circuits. 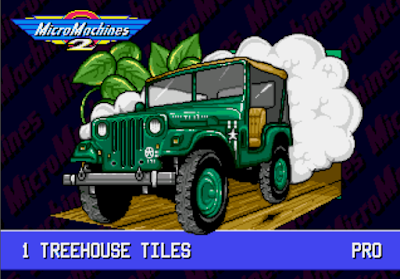 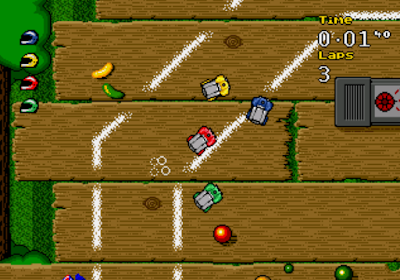 Apart from the obvious bump in graphics from the first title, there's not too much difference between the two games, and yet Micro Machines 2 is clearly the better choice. It demands just as much of your time in learning the courses the hard way, just as much of your patience in getting used to the handling of these vehicles, but it'll give you just as much pleasure when you nail a lap without falling to your doom or bouncing into yet another obstacle that you swear wasn't there on the last lap. 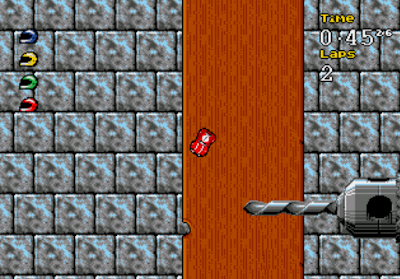 This game is unforgiving, in a sense. It's not like you're severely punished for failure - you're plopped back into the race after a second or two, if you've fallen, for example, or will lose one of three lives if you fail to place high enough on the podium - but Micro Machines 2 expects you to know that you can't just hold down the accelerator and get going. 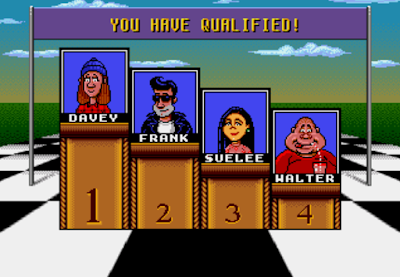 Knowing that my inputs needed to be precise and that I shouldn't hurtle around any of the corners on any of the tracks meant that no matter how good I felt I was doing, I was seemingly nowhere near the leader, despite usually coming home in second place.

There was probably only a matter of seconds in it, but in races that themselves only last 40 seconds, that might as well equate to half a lap. How has the CPU got half a lap on me, on the first few courses of the first few rungs of the challenge mode ladder? 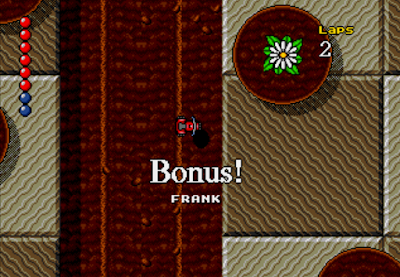 There are a few ways to learn the tracks and practice your driving, and one of the new modes, Head to Head, has a unique challenge between drivers that will allow you to get a feel for the game.

If you manage to get far enough ahead of your opponent on the track, you'll earn a point in your colour, the cars will be replaced on the track at the same spot you grabbed the point and you'll be off again, fighting for the next point.

You keep progressing around the track for however long it takes to win this tug of war, and if you get 8 points before your opponent, you win outright, otherwise, you'll have to hope you have more points at the end of 3 laps.

It's that simple and feels just as quick as a normal race, even with stoppages every few seconds, assuming a winner has won a point that quickly. 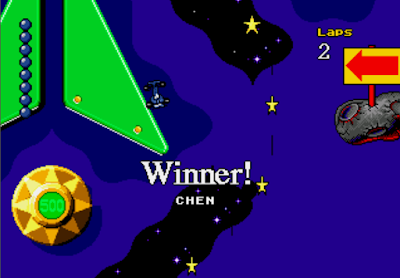 Unfortunately, this mode is still a mode that isn't a dedicated practice mode, so I soon lost lives by losing contests. Some tracks are going to cause problems for you, no matter how plain they are. This pinball circuit is just an oval, with some flippers to dodge. Did I dodge the flippers?

For all my lack of skill, I like these Micro Machine games, if only for the nostalgia. And the imagination on display. And the different game modes. And I'd imagine it'd be pretty manic with 8 players. Did I mention 8 players? One console. Ridiculous.

I don't want to say that you'll either love it or hate it, but if you weren't sold on Micro Machines first time around, you might not be sold on this sequel either. It refines the original to the point where the developers weren't happy with the feel of this game until it felt like the original, and even then went and made it better. How does that work? No idea.

What else can be said about Micro Machines that I haven't already said about the first? Just pick it up and have fun.

That smart J-Cart cartridge that allowed two more controllers to be used without the need for a multitap was built by Codemasters themselves, and because they didn't license it to anyone else, it was only used for a handful of games, half of which were Micro Machines titles.